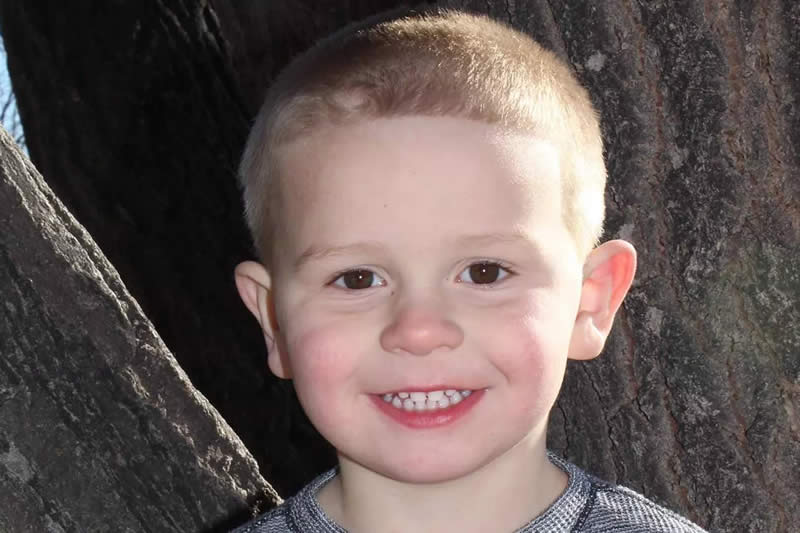 Mason Mihlberger was heading to his friend’s house when a dog attacked him.

A 5-year-old boy from Utah is recovering after being attacked by a dog while riding his bike to his friend’s house.

Mason Mihlberger’s mother and father heard his screams and ran outside to find a husky mauling their young son on Wednesday near their Sandy home, according to KSL-TV.

Mason was flown to the hospital by helicopter following the attack, according to KSL-TV, where he received between 2,000 and 3,000 stitches on his face and ear, as well as a skin graft.

“If me and my husband weren’t there, my son would be dead right now,” Mason’s mother Tori Mihlberger told the outlet. “He went for his throat; he has bite marks on his throat.”

“His eyes were locked on Mason,” Tori said, per the outlet. “As I came up the dog was dragging him across the road, just throwing him around like a rag doll. I don’t know why but that dog wanted to kill my son.”

Tori told the outlet that she had to kick the dog to free her son, but the dog persisted, cornering her husband and biting Mason. They eventually had to restrict the dog.

“He was dragging me all around, but my mom and dad came,” Mason told KSL-TV.

Mason, according to Tori, would not have done anything to provoke the attack. The husky was wearing a collar but no tags and was taken by animal control.

Authorities are still deciding what will happen to the dog and whether or not the owners will face charges, according to the outlet.

Mason was released from surgery yesterday, according to Smith, who described him as a “sweet baby boy.”

“He’s only 5 years old, and he’s lucky to be alive,” the fundraiser’s description reads. “He has many many surgeries ahead of him.”

After another ugly loss, what is the point of this season for Tom Brady?