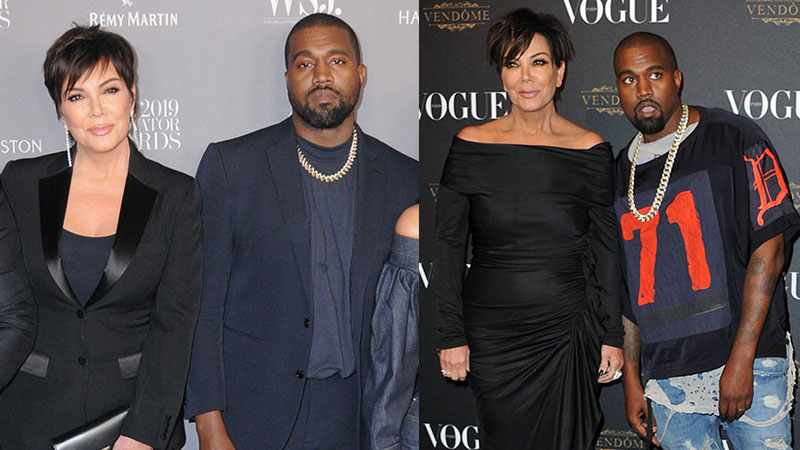 It’s no secret that the Kardashian’s relationship with Kanye West is fraught right now following Kim Kardashian filing for divorce in February after 7 years of marriage, and Kris Jenner made a subtle jab on Instagram this past weeked at the former spouse of her second daughter. The shade may have gone unnoticed by most, but it’s clear that Kanye is no longer a welcome addition to the family.

On Easter Sunday, Kris took to social media to share a photo of a lineup of golf clubs that had been sent to the family by Callaway Golf. Each bag was embossed with the Kardashian’s names and was filled with a set of clubs, one for each daughter and Rob. However, in her caption, Jenner took the opportunity to shade Kanye, or rather his lack of appearance at their holiday celebration.

The 65-year-old momager wrote in her caption, “Happy Easter and thank you @callawaygolf #irvingazoff for making our Easter so special!!! 🙏🐰🐣🐥🙏 and thank you for the @coreygamble @[email protected] @travisbarker that are already on the golf course!!!!!!! LOL #impatient”

While this may seem fairly innocent, Kris made a point of calling out each significant other in the caption, notably leaving out Kanye from the lineup. Eagle eyed fans were quick to point out the change with one commenting, “Doesn’t even say Kim Kardashian West… wow that was quick.” It seems that Kim may have already reverted back to her maiden name just months after the divorce announcement. However, Kanye doesn’t follow Jenner on Instagram so it’s likely he missed the dig. Either way…yikes!