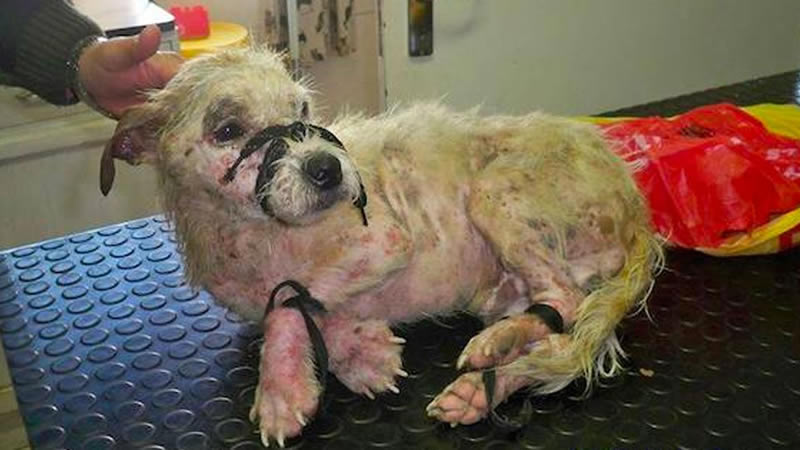 Pastor Van Wyk is a Spanish Shepherded, lives in Cape Town South Africa. He is a God-fearing man and his moto to serve nature led him to the train tracks one day.

Sitting on the tracks, he saw a plastic bag. While seeing that bag the pastor had this terrible feeling so he got out of his vehicle. The pastor checked inside the bag.

Also Read: Woman Puts Orphan Baby Fox Against Fence As Other Kit Stands On Other Side

He felt overwhelmed by what he saw. There, exposed and sorrowful, was a puppy tied up with laces. His four legs were tied together as well as his muzzle.

Therefore, he was unable to bark and pant. When the pastor tried to touch the puppy, he scowled and barked. The puppy needed immediate medical attention.

The pastor decided to go to the Animal Welfare Helderberg. The rescue group could help the pup get all the medical attention he needed. They called him Trax and take care of him.

As he started getting better, he started shining through. He was nervous but certainly a loving dog that just needed the right family.

After a few more weeks of treatment, Trax’s sweet dog found a home very fast! The rescue group has kept in touch with Trax and his new family. They send updates and photos often, showing them his happy life.

He is now happy in his new family where he only knows LOVE — and his former, cruel life is like a bad dream.

Is it OK for Dogs & Cats to Sleep in Your Bed