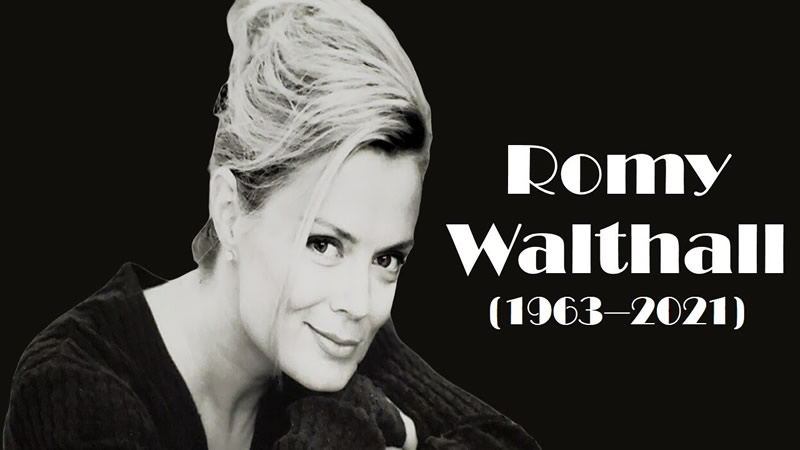 Romy Walthall, an actor known for her roles in “Face/Off” and “The House of Usher,” died on May 19 in Los Angeles after experiencing sudden cardiac arrest. She was 57.

Born on Sept. 16, 1963 in Pasadena, Texas, Walthall got her start in the entertainment industry by winning the Mother/Daughter USA pageant in 1980. At age 17, Walthall was signed to Ford Models and began modeling in Europe. She eventually moved back to Los Angeles and dipped her toes into the acting world, sometimes going by her stage name, Romy Windsor.

She landed her first major role in Jerry Bruckheimer’s 1984 thriller “Thief of Hearts,” and played Bobbi in 1985’s “A Bunny’s Tale,” which was based on Gloria Steinem’s investigation of Playboy Bunnies’ working conditions.

Walthall also starred in the cult horror films “Howling IV: The Original Nightmare” in 1988 and “The House of Usher” in 1989 alongside Oliver Reed. In 1997’s “Face/Off,” Walthall played Kimberly, the neurotic secretary of John Travolta’s Sean Archer.

Walthall also enjoyed a career in television, starring in the 1991 sitcom “Man of the People” with James Garner, the 1994 show “Hotel Malibu” alongside Jennifer Lopez, as well as legal dramas “Civil Wars” and “Murder One.”

Other television appearances include “The X-Files,” “Camp Nowhere,” “Charles in Charge,” “Quantum Leap,” “In the Heat of the Night,” “L.A. Law,” “Love Boat: The Next Wave” and “The Nightmare Room.” She appeared as a guest on “The Tonight Show Starring Johnny Carson” in 1991.

Walthall’s final credit was in the 2011 film “0s & 1s,” in which she appeared alongside her son, Morgan. After retiring, Walthall became an acting teacher in the San Fernando Valley.

Walthall’s children paid tribute to her in Instagram posts, with daughter Isabella Israel writing: “I’ve resigned myself to the fact that there will never be any appropriate combination of earthly words to accurately describe my mother. You just had to be there to get it.

She was everything at once. She was my first love. She was the most beautiful woman I’ve ever seen and she was wicked and fun and light and dark and she possessed the kind of magic that you truly just don’t see. I will always always always love you ferociously.”

Walthall’s son, Theodore Dudley, said: “The love and wisdom you gave me will never expire. You will always be an inspiration to me. You taught me to never give up.

You taught me to not take no for an answer. You taught me to be true to myself. You always rooted for me, because you knew I can do anything. You instilled in me my warrior spirit. Thank you for bringing me onto earth. Love you. Rest in peace. I’ll see you in the stars.”

Walthall is survived by her mother, sister, and three children: Morgan, Isabella, and Theodore. A memorial was held in her honor in Malibu last week.