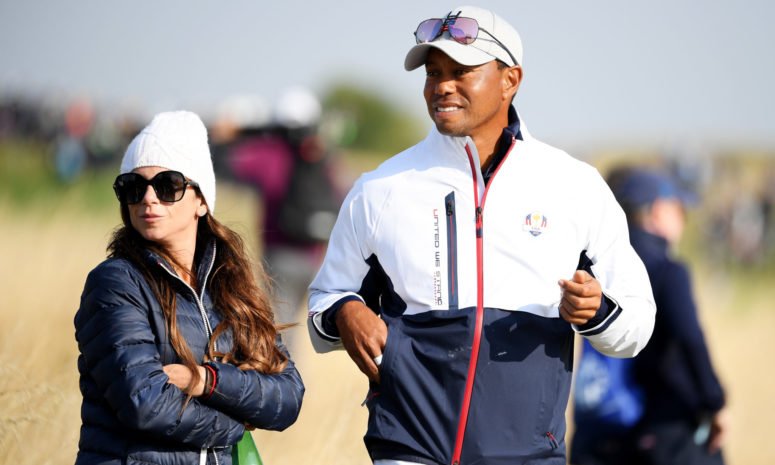 Erica Herman, Tiger Woods’ girlfriend, was by his side and helped him recover.

Herman apparently dropped everything and rushed to see Tiger Woods after the serious injuries from the accident in February 2021.

“Erica’s been by his bedside, holding his hand and telling him everything’s going to be OK. He’s a champ and he’s got this,” a source mentioned, per US Magazine. Meanwhile, good news about Tiger Woods: he is seeing his kids frequently.

We are talking about Charlie Axel, 12, and Sam Alexis, 13. A sources close to the golfer tell “People” in this week’s issue that his ex-wife, Elin Nordegren, has been “incredible” in letting the kids spend extra time with their dad.

“He sees the kids a lot,” says the insider. “Maybe not every day, but almost every day. A lot of that is because of Elin, who is just amazing. She’s been incredible since the crash. She has bent over backwards to make sure that he can see the kids while he recovers from his injuries.”

The Tiger Woods car accident is still a mistery. Evidence released this week from the investigation continues to point to a simple cause that ties all the available clues together, forensic crash experts told USA TODAY Sports.

They believe the evidence is consistent with Woods being unconscious when he left his lane and then went on a straight path of pure danger for nearly 400 feet instead of staying with the road as it curved right. Woods didn’t hit the brakes during the recorded collision sequence, didn’t steer out of the emergency and didn’t remember driving.

But the Los Angeles County Sheriff’s Department instead gave other reasons for the crash this week and barely mentioned the possibility of Woods being unconscious. “Their conclusions are misguided, and the investigation obviously wasn’t thorough”, said Jonathan Cherney, a former police detective who now works as a car crash reconstruction expert.