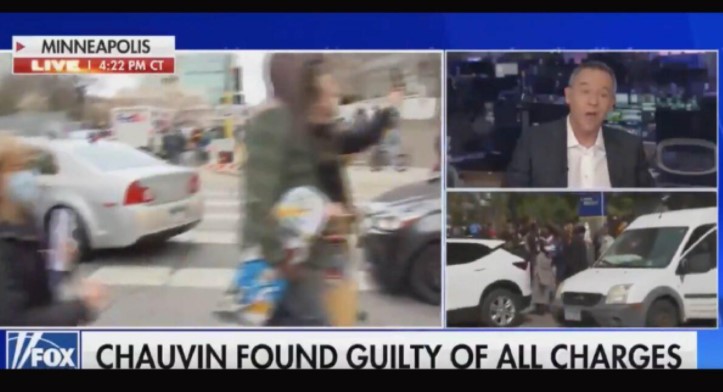 As a former PR person, I sit back and watch people make statements on big issues and I wonder “what are they thinking?”

And that’s the thing – sometimes people don’t think, especially if the issue is very emotional. They’ll react with how they “feel,” and that’s not always the best way to handle a situation if you’re a public figure.

And that’s likely the situation that Greg Gutfeld landed in today when he made his comments on the Chauvin verdict.

Of course, this trial captivated the nation, and tensions were running high. These are the times when you should pick and choose your words carefully.

Greg did not appear to do that when he said the following: “I’m glad that [Chauvin] was found guilty on all charges, even if he might not be guilty of all charges.”

That was not the smartest thing to say – because no matter what happens and how emotional or fired-up people are, we never want to just “accept” that someone might have been convicted by the “mob.”

This country is already falling apart – many feel like they have no voice, and no vote, now to suggest it’s okay to have limited or no justice, is a bad idea.

Needless to say, Greg’s comment stirred some people up and they let him have it:

“This is the type of mentality you deploy if you want to lose a country.”

“innocent until proven guilty” is now “what outcome won’t cause a riot” Absolutely pathetic.”

“I love Greg , but this is hands down the worst thing he’s ever said on television.”

The last thing Americans want to believe is that we’ve lost our justice system to the “mob,” and if we have, that wouldn’t be “okay” under any circumstances.