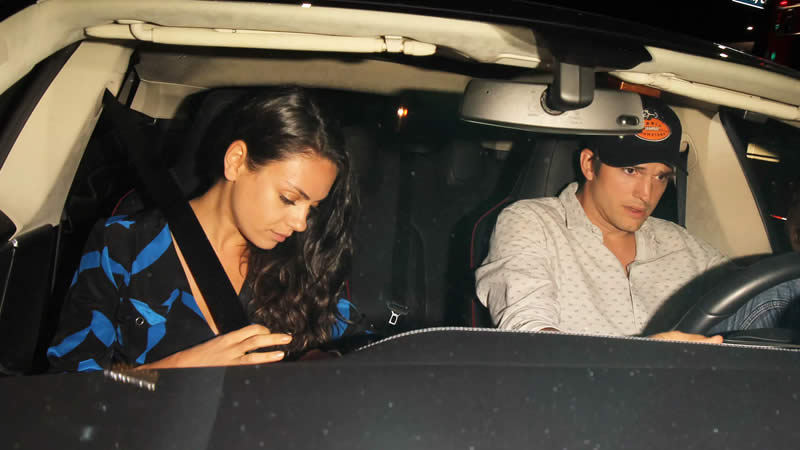 Mila Kunis and Ashton Kutcher are not divorcing despite the claims that they were divorcing. In fact, the couple is still very much together.

Mila Kunis and Ashton Kutcher are among the A-list couples in Hollywood. The pair have tried to keep their relationship low-key, but their marriage and relationship remain a favorite among tabloids.

Last year, Woman’s Day published a report claiming that Ashton Kutcher and Mila Kunis were building their dream house. Their family was reportedly staying in a rental property as they tried to sell their home in Los Angeles. However, their plans were putting immense stress on their marriage.

The tabloid claimed that their new home is costing them an “absolute fortune” and “causing a lot of arguments. They were allegedly desperate to sell their house.

The report also quoted an insider claiming that the couple would call it quits even before they move into their new home. Kunis and Kutcher were allegedly heading to a $315 million divorce.

Gossip Cop examined the report and debunked it. First, the outlet did not provide any proof of its claim other than quoting anonymous insiders. Also, there is no proof that the couple’s relationship was on the rocks.

The rumor-debunking site pointed out that aside from the dubious insider, the only proof it provided in the report was the fact that the couple was selling their home. Other than that, the rest of the report was total speculation.

NW also claimed that Kutcher and Kunis were trapped in a bad marriage. The outlet alleged that there were a lot of “fights, lies, and loneliness.” The No Strings Attached star was reportedly looking for a real connection with someone because he doesn’t connect with his wife.

Kutcher and Kunis just laughed off the claims that they were having a marital crisis. In June 2019, the Killers actor uploaded a video of him with Kunis addressing the rumors on Instagram. The Friends with Benefits star was reading a report from InTouch Weekly claiming that it was over between them.

Kutcher acted surprised and sad as Kunis read the news that they already split. The Spy Who Dumped Me actress continued reading and told Kutcher that she was taking the kids. He commented on every line she read from the tabloid.

Kunis also mentioned the magazine, saying she found Kutcher’s “dark secret.” When Kutcher asked her what the dark secret was, she said, “I don’t know.” They smiled and thanked everyone before they ended the video.

Kutcher took a jab at the magazine in the caption, saying, “have fun selling.” He also joked that maybe in its next report, Kunis would have twins again for the third time.

Key takeaways from Day One of Trump’s second impeachment trial