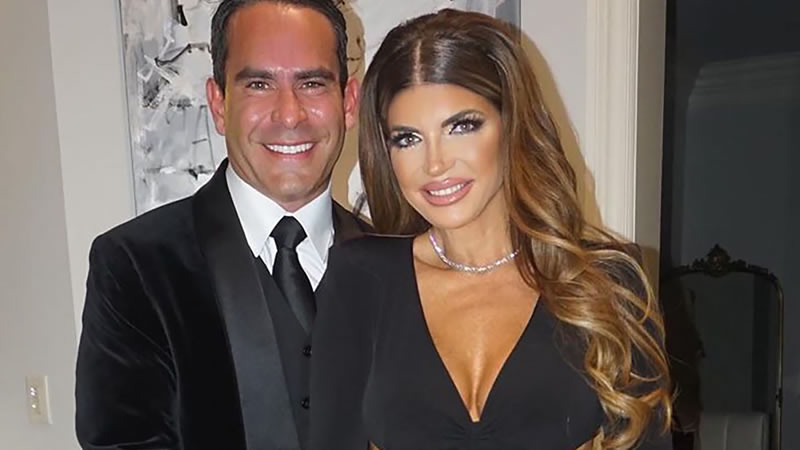 Teresa Giudice’s ostensibly charming photo of her blended family with husband-to-be Luis “Louie” Ruelas was met with backlash from fans after one of her fiancé’s sons was missing.

The “Real Housewives of New Jersey” star, 49, shared a photo from her recent engagement party with her 46-year-old partner on Instagram on Thursday. The couple is seen standing proudly with their children in the photo.

Teresa’s daughters with ex-husband Joe Giudice, Gia, 20, Gabriella, 17, Milania, 15, and Audriana, 12, are all present in the photo. Ruelas’ son, Louie Jr., who turned 18 this month, is also included in the family portrait. In the photo, he can be seen standing next to Milania.

Fans reacted angrily to the picture, wondering why Ruelas’ other son, Nicholas, was not included in the family portrait.

“What happened to Louie’s other son?” one inquired

Another person wrote, “I genuinely believed Lou had two sons.”

Nicholas’ absence may have been linked to his autism, according to several fans. This sparked a debate among netizens, who were split on whether he was being discriminated against due of his disability.

“I’m hoping they’re not excluding him because of his autism.” One of my sons is autistic. One person said, “I seldom see him in images.”

“That’s a ridiculous thing to say.” Another netizen remarked, “His other son might be uneasy with cameras.”

“I’ve seen him in a few photos. Maybe he gets overwhelmed and doesn’t want to be in the image at times. Large gatherings might be unpleasant and can lead to sensory overload, according to another user.

Some speculated that Nicholas was not at the engagement celebration. However, according to one of Ruelas’ Instagram pictures from the event, his second kid was present. Nicholas smiled in a snapshot provided by the businessman shortly after the celebration on Monday night.

In his appreciation message for his family’s support throughout his engagement, Ruelas also praised Nicholas’ presence and involvement in his new journey with his soon-to-be bride.

“Thank you, my family, for always being there for me and unconditionally loving me and my children. My two adorable kids Nicholas and Louie Jr., my two lovely sisters Veronica and Jennifer, my brother David, and my devoted parents Iris and Louie Sr. all adore you. Hello, and welcome to the clan.