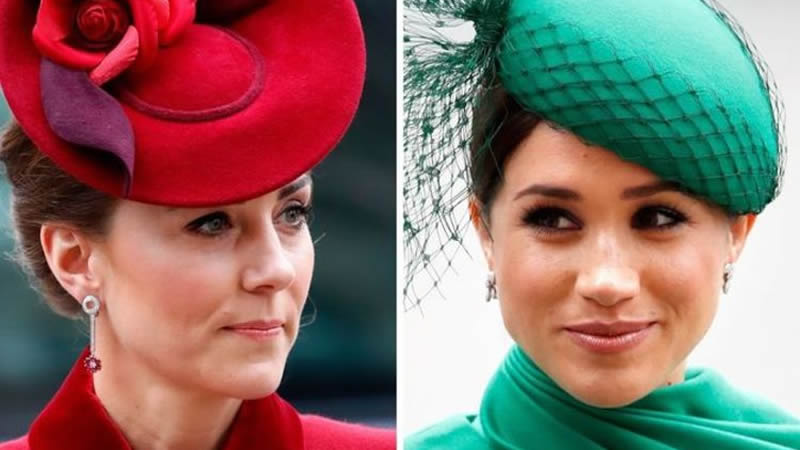 There were “several signs of awkwardness” as Meghan Markle met Kate Middleton for the final time before leaving the Royal Family, according to a body language expert.

Meghan’s relationship with her sister-in-law has been thrust into the spotlight once more following the bombshell interview with Oprah Winfrey, which aired on ITV last night (March 8).

The Duchess of Sussex claimed that Kate made her cry after a disagreement in the lead-up to her wedding to Prince Harry, before apologising with some flowers.

Previous reports had claimed it was the Duchess of Cambridge who was left in tears over a comment about the dresses of the flower girls.

In the wake of the allegations, body language expert Judi James has re-analysed the final time Meghan and Kate appeared in public together before she stepped down as a senior royal.

The footage above shows Harry and Meghan greeting the Cambridges in Westminster Abbey on Commonwealth Day in what Judi has said was an “awkward” moment.

“I expected the royals to do what they do best at this last and rather difficult public appearance before Harry and Meghan left the UK, i.e. to act as though nothing had happened, or even to stand smiling together in one last show of unity, but that was rather far from what happened,” she claimed.

“There were several signs of awkwardness and virtually no performances of fond rapport here.

“Meghan appears to make an effort to produce a warm, friendly smile and brow-shrug of active greeting and it’s probably the way that smile vanishes quickly that suggests it might not have been reciprocated.”

Judi points out the camera angle makes it impossible to see get an accurate view of William and Kate as they speak to those behind.

After greeting the Cambridges in the video, Meghan starts speaking to Sophie, Countess of Wessex, and Prince Edward and there is a significant shift in attitude, Judi claims.

“The contrast with Sophie and Edward’s greetings and animated chatting is emphatic and it does look for all the world as though this couple have been positioned in the role of ice-breakers to chat to the Sussex’s and the Cambridge’s to help avoid any obvious frostiness,” she said.

During the historic tell-all interview with Oprah, Meghan also alleged that someone at the Palace made a racist remark about the colour of ten-unborn son Archie’s skin.

The talkshow host confirmed the couple had told her that comment was not made by Her Majesty or Prince Philip.

Buckingham Palace have since released a statement responding to the allegations.