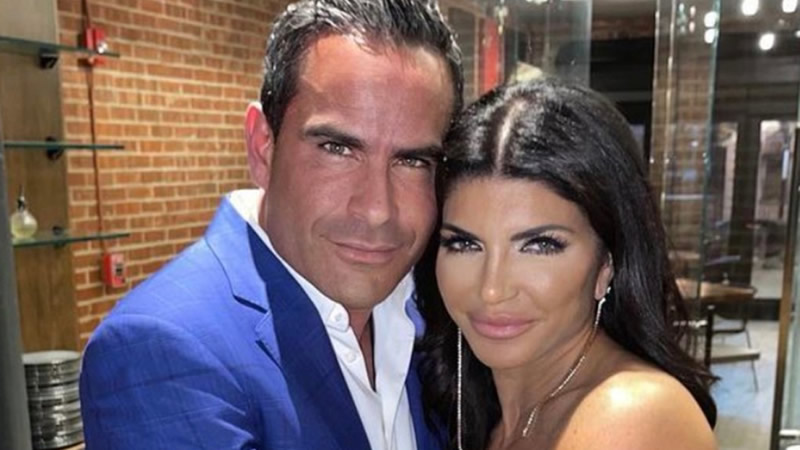 The Real Housewives of New Jersey star is engaged to her boyfriend Luis “Louie” Ruelas, as per PEOPLE. Ruelas proposed to his girlfriend on Tuesday at the Amanzoe Resort in Porto Heli, Greece, using sparklers, candles, flowers, a musician, and a fireworks show.

“It was absolutely exquisite,” a source tells PEOPLE. “The choreographed fireworks display illuminated a ‘Marry Me’ sign as Louie got down on one knee. Teresa was completely surprised.”

However, Dina Manzo, Giudice’s longtime friend and former RHONJ costar, and her husband Dave Cantin were also there for the special occasion. The party stayed up until 5 a.m. sipping champagne and eating lobster, sea bass, and lamb chops at Nama, the resort’s restaurant.

Meanwhile, as per PEOPLE, Giudice, 49, was seeing the businessman in November 2020, just two months after her and their ex-husband Joe completed their divorce. The Bravo actress made her romance with Ruelas Instagram official the following month.

“The BEST thing that came out of 2020,” she captioned a photo of the couple. Interestingly, Giudice, who has two children with Joe, Gia, 20, Gabriella, 17, Milania, 15, and Audriana, 12, spoke about the idea of marrying Ruelas on Watch What Happens Live with Andy Cohen in March.

When host Andy Cohen asked whether the couple was talking about tying the knot, Giudice replied, “I mean, you know, I feel it, so we’ll see what happens. “I really feel like he’s my soulmate,” she later added. Giudice also said at the time that Ruelas had called Joe and that they planned to meet in the Bahamas, where Joe was residing at the time.