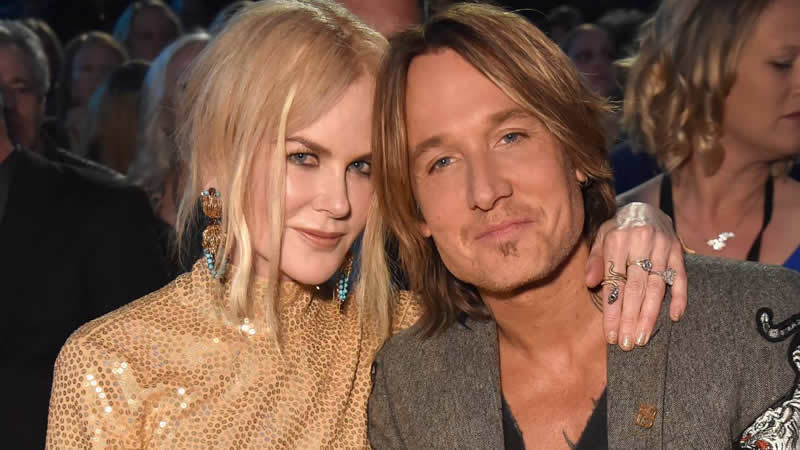 When it comes to beloved Australian couples, you will be hard-pressed to find one more adored than Nicole Kidman and Keith Urban.

Together for almost fifteen years, the actor and musician prove that, when you find the right one, love can withstand anything.

Nicole and Keith, both 54, met back in 2005 in the most Australian of circumstances, at a G’Day USA gala – an Aussie diplomacy program in the United States.

For Nicole, the attraction was instant.

Speaking to American talk show host Ellen DeGeneres back in 2017, the actress confessed she was smitten with her fellow Aussie from the get-go.

“I remember thinking, I had such a crush on him, and he wasn’t interested in me. He didn’t call me for months”.

Keith, however, justified his hesitation to reach out to the Academy Award winner on the talk show Interview back in 2018, explaining he was simply too nervous.

“Somebody had given me her number and I had it in my pocket for a while. I kept looking at it thinking, ‘If I call this number, she’s going to answer. I don’t know what (to) say'”.

The Blue Ain’t Your Color singer went on to explain that, at the time he met his future wife, he “wasn’t in a healthy place” and wasn’t confident that the actress would see anything in him. However, the musician eventually picked up the phone. And he’s so glad he did.

After that, their romance was a whirlwind, with the performers tying the knot a year later on June 25th, 2006, in Manly. The ceremony hosted a lot of famous faces including Australia’s sweetheart Hugh Jackman, Russell Crowe, Naomi Watts, Crowded House’s Neil Finn, and more.

While the newlyweds should have been caught up in a honeymoon love haze, things weren’t that easy.

Having already completed two stays in rehab, Keith went back into treatment again after his and Nicole’s wedding.

“I caused the implosion of my fresh marriage,” Keith told Rolling Stone back in 2016. “It survived, but it’s a miracle it did. I was spiritually awoken with her. I use the expression ‘I was born into her,’ and that’s how I feel. And for the first time in my life, I could shake off the shackles of addiction.”

Two years after their wedding, in July 2008, Nicole and Keith welcomed their first child, Sunday Rose, into the world.

Soon after Sunday was born, Nicole jokingly lamented that the newborn bore a striking resemblance to Keith rather than herself.

Appearing on The Oprah Winfrey Show, Nicole showed viewers a picture of her new bub, saying, “I didn’t even get a look in. I think she’s got my fair skin and that’s about it”.

“Our family is truly blessed, and just so thankful, to have been given the gift of baby Faith Margaret,” the couple said in a statement. “No words can adequately convey the incredible gratitude that we feel for everyone who was so supportive through this process, in particular our gestational carrier.”

Four years after the couple welcomed Faith into their family, Nicole candidly confessed to Vogue that she wished she and the musician could have had more kids.

While Nicole and Keith are as happy as ever, there was a time where we could have been looking at an entirely different celebrity couple altogether. Back in 2015, the Bombshell actress appeared on Jimmy Fallon’s The Tonight Show to drop… well, a bombshell.

As Jimmy recalled his and Nicole’s first meeting, Nicole shocked viewers, not to mention Jimmy, 47, when she confessed that she had quite a crush on the talk show host.

Needless to say, the 47-year-old was flummoxed by the revelation, claiming he was clueless of her intentions.

And it’s probably a good thing he was, otherwise we wouldn’t have the Nicole and Keith love story we all know and love.