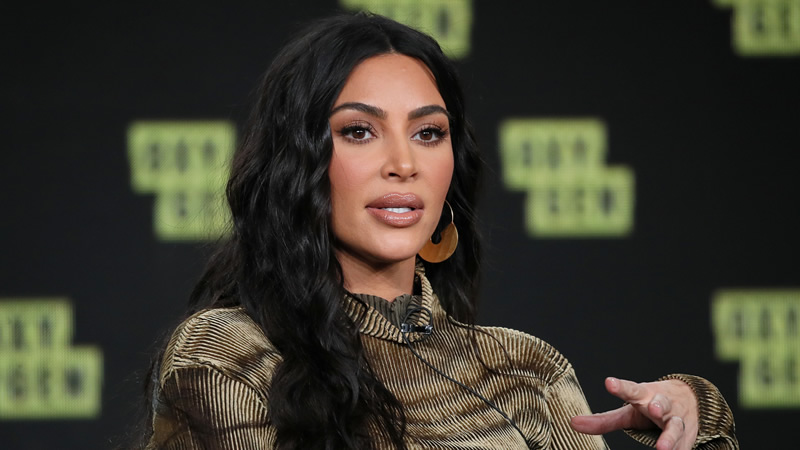 Kim Kardashian shared a series of cryptic messages on Instagram after news broke that her sister Khloe Kardashian is expecting a second child with Tristan Thompson.

Kim Kardashian has shared a cryptic message on ‘red flags’ and ‘regrets’ days after news broke that her sister Khloe is expecting a second child with her ex Tristan Thompson.

As her sister waits for the birth of her surrogate child, the Hulu reality star took to Instagram to give thoughts on relationships and regret.

Khloe and Tristan are expecting a baby boy together just months after the NBA player fathered a son with Maralee Nicholas in December after he cheated on Khloe on the night of his 30th birthday.

When Kim posted a string of mysterious messages on social media, she might have been responding to the news.

Her first post read: “Girls can see the difference between 200 shades of nude lipstick but they can’t see red flags.”

The 41-year-old then followed it up with a quote by Dr. Seuss, reading: “Life’s too short to wake up with regrets. So love the people who treat you right, forgive the ones who don’t, and believe that everything happens for a reason.

“If you get a chance, take it. If it changes your life, let it. Nobody said it’d be easy, they just promised it would be worth it.”

This occurs at the same time that Tristan has been seen holding hands with an unknown woman while on vacation in Greece ahead of the birth of his second child with Khloe.

The 31-year-old basketball player has recently been seen partying hard while on holiday in Mykonos.

Tristan was seen on TMZ-obtained video walking hand in hand through the streets of Mykonos with an unidentified brunette woman wearing a skin-tight patterned orange dress early on Sunday morning, just prior to the birth of their second child together.

Previously, Tristan was seen having a wild time with several stunning women in Greece.

Tristan, who already has a 4-year-old daughter with Khloe named True, was seen partying till the wee hours of the morning at the legendary club Bonbonniere.

The talented sportsperson seemed upbeat as he socialized with his pals and engaged in conversation with several young women who appeared to be smitten with him.

As per usmagazine, Tristan and Khloé’s second baby is understood to have been conceived before Khloe discovered that her now-ex had been disloyal and fathered a child with another woman, Maralee Nichols.