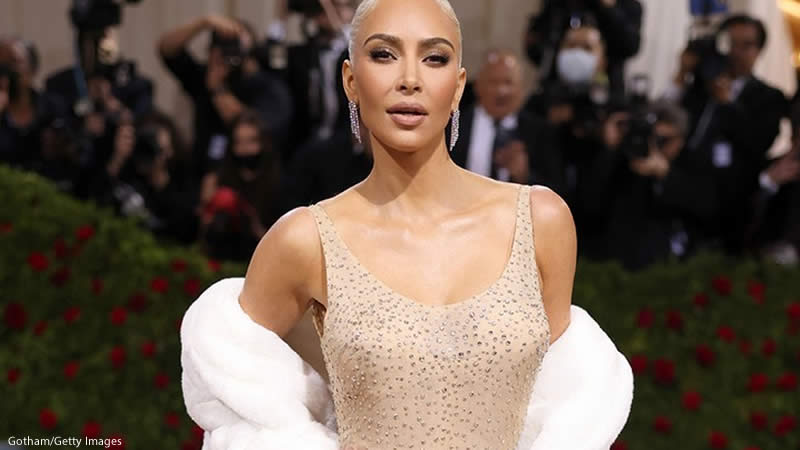 Kim Kardashian took the Met Gala 2022 red carpet by storm after she made a stunning appearance at the ceremony alongside beau Pete Davidson. Kardashian famously wore Marilyn Monroe’s iconic dress designed by Jean-Louis which the actress had worn on US President John F Kennedy’s 45th birthday in 1962. Kim has now been accused of damaging the dress.

While Kim is yet to respond to the allegations that she damaged the historic Marilyn Monroe dress while wearing it at this year’s Met Gala, it has been claimed by Scott Fortner, a collector who works to authenticate and verify Monroe memorabilia, that the dress seems to have shown stretched and buckled fabric and missing crystals on the back of the dress. Photographs of the alleged damage have now been going viral on social media.

Kardashian had previously hit the headlines during Met Gala when she claimed that she went on a strict diet to fit into the dress and also spoke about losing 16 pounds in three weeks to fit into the same.

A video shared by Ripley’s Believe it or not! also showed Kim trying on the dress for the first time where she said, “When it didn’t fit me I wanted to cry because it can’t be altered at all.” Following accusations of damage done to the dress, netizens have now been expressing their reactions to the controversy.

Emma Roberts Gets Scared at Her Own Movies