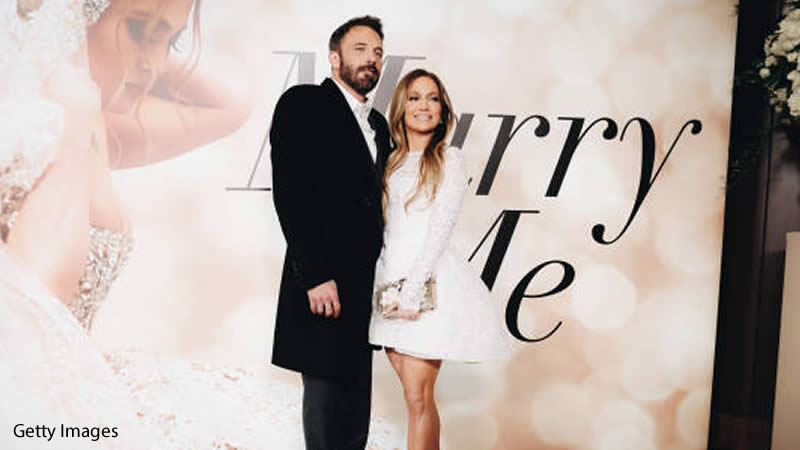 The singer, 52, and the actor, 49, recently were married in Las Vegas, according to documents from the Clark County Recorder’s Office, and she signed her marriage license with the surname Affleck.

After having a very successful career under her maiden name, comedian Katherine appeared unimpressed with Jennifer changing her legal name.

Taking to Twitter, she wrote: ‘Changing your name makes very little sense to me, but makes ZERO SENSE AT ALL when your name is Jennifer Lopez and you are J-Lo, Jenny from the Block, and you rode the 6 days and night to grow that name but ok, Jen Affleck…’

Social media users were divided by Katherine’s viewpoint; some said Ben Affleck should have adopted Jennifer’s name, while others maintained Jennifer should be known by whichever name she chooses.

In support of Jennifer, one user wrote: ‘She can do what she wants. The choice is hers,’ while another told Katherine to ‘chill’ while another said: ‘This isn’t a good look.’

A different user said: ‘She can do whatever she wants. She is also in the honeymoon stage so won’t have even thought of her business name yet.’

However, other people had a different opinion, with one writing: ‘He should’ve taken her name and become B-Lo instead.’

The name Jennifer Affleck, according to another user, “doesn’t feel right.”

In April 2021, there were rumors that the couple had restarted their romance. In July of that year, Jennifer confirmed that they were back together.

Just four days before the wedding was scheduled to take place, Jennifer and Ben decided to postpone their nuptials. By the time January 2004 rolled around, the pair had broken up their engagement.

The singer has always intended to adopt the surname Affleck after their nuptials.

In a recently discovered episode of Access Hollywood from roughly 20 years ago, Pat O’Brien managed to persuade Jennifer to admit that she intended for her married name to be Jennifer Affleck.

In the video, Jennifer shows off her cooking prowess while giving O’Brien a tour of her house.

As per yahoo, the Hustlers actress explains that she would adopt Ben’s last name as her legal name while keeping her maiden name as her stage name.

After O’Brien asks what her married name would be, she replies: ‘Jennifer Lopez, but my name will be Jennifer Affleck, obviously.’

So what will your stationary say?’ he quizzes her.

Though the replacement isn’t quite as catchy, the two had fun in the video finding out what her nickname would be if it weren’t J.Lo.

‘J.Aff,’ she adds, pronouncing it as ‘jeff.’ ‘It doesn’t have quite the same ring to it,’ she adds with a shrug before bursting into laughter.

The video appears to have been shot after Ben first popped the question to Jennifer in November 2002.