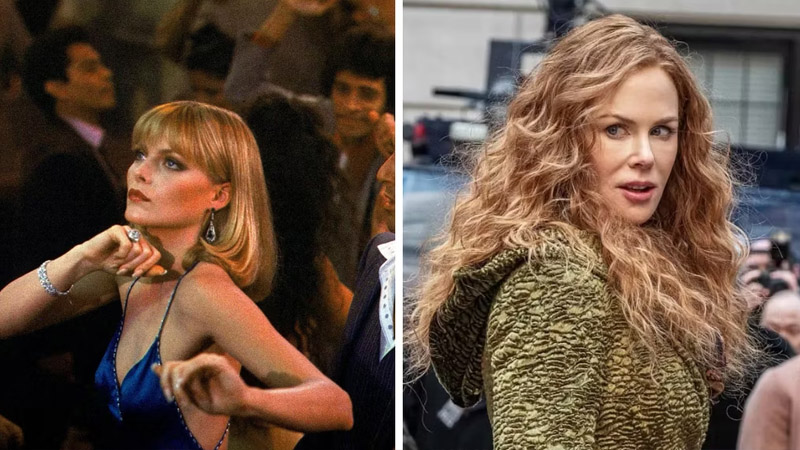 Michelle Pfeiffer endured quite the career, with $250 million in the bank. These days, her roles have lessened, but we’ll explain why she’s a bit more selective these days.

Nicole Kidman seems to be very much the opposite, as the actress continues to thrive in several roles, including her involvement in Nine Perfect Strangers.

In the following, we’ll take a look at her time in The Undoing, alongside Hugh Grant and creator David E. Kelley. Although the six-episode limited series was a success, it may have caused tension behind the scenes between Pfeiffer and Kidman.

Nicole Kidman Appeared In The Undoing Alongside David E. Kelley

Starring Nicole Kidman and Hugh Grant, The Undoing enjoyed lots of success back in 2020. The limited series aired six episodes, and it had the fans talking. Nicole Kidman would also credit the director Susanne Bier along with the creator David E. Kelley for their work on the series.

Hugh Grant, in the same interview, would Deadline revealed that he felt uncomfortable working the series, without knowing exactly how it would end.

“I very much wanted to know how it ended.”

He continued, “I’m not accustomed to television and not seeing the whole script from beginning to end. So, I cornered David [Kelley] in a hotel in Los Angeles and made him tell me I was the murderer and made him swear that he would stick to that.”

Kidman and Grant thrived in the roles, however, it seems as though there might’ve been some extra tension behind the scenes…

We’ll never know how accurate this report is, however, according to New Idea, Michelle Pfeiffer wasn’t exactly thrilled about Nicole Kidman’s involvement in her husband’s project at the time.

“David is on the phone with Nicole so often that Michelle has started to feel like a third wheel in her own marriage. She’s going to have to put a few ground rules to remind them both who comes first,” the source said.

The same source revealed that Pfeiffer might’ve been bitter for not getting cast in the project over Kidman.

“It must bother Michelle a bit that neither David nor Nicole have invited her to be a part of such groundbreaking shows with all these juicy parts for women. She might not have an Oscar, but her skills and resume are just as impressive as Nicole’s,” the source said.

We’ll have to take this speculation for what it is worth, as according to other tabloids, there was no truth to the feud, and in fact, Pfeiffer was never even considered for the role, to begin with. It was said that E. Kelley had different future plans for his wife.

Michelle Pfeiffer’s Professional Acting Career Changed When She Had Children

Michelle Pfeiffer’s career tapered off, and that is due to several circumstances. For one, Pfeiffer put a lot of pressure on herself when working on projects. She developed a ‘love-hate relationship with acting.

“But the thing is, there are so many reasons that go into turning something down, and it’s not necessarily because you don’t want to do it,” the actress told Deccan Chronicle.

Pfeiffer would also add that her husband’s career has also impacted her decisions.

“I just got pickier and pickier. It was hard to leave them, especially when they got to the school age,” Pfeiffer said and added, “Before that, I could just take them with me anywhere I went. My husband has a job that he can’t just up and go. So it was always a juggling act.”

Pfeiffer is back to taking on roles, appearing in the TV series, The First Lady, created by Aaron Cooley.