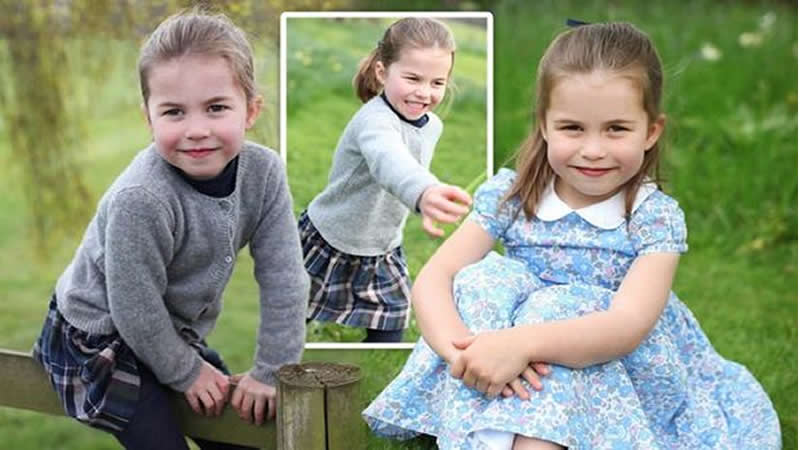 A new photo of Princess Charlotte, daughter of 39-year-old Prince William and 39-year-old Kate Middleton, has appeared on the network.

The picture shows a six-year-old Princess Charlotte with her hair down, in a blue T-shirt and pink shorts, carefully holding a red admiral-shaped butterfly in her hands.

Read Also: Princess Charlotte and Lilibet Diana’s Names Have a Lot in Common

Judging by the caption, the photo should encourage the royal couple’s subscribers to take part in the Big Butterfly Count initiative – counting insects.

“We wanted to showcase these beautiful peacock butterflies and red admirals as part of the Big Butterfly Count initiative across the UK.

This initiative encourages all of us to count these incredible creatures because they are not only beautiful but extremely important. Butterflies are vital. parts of the ecosystem: they are both pollinators and components of the food chain, “signed the Dukes of Cambridge photographs.

As part of the scientific study of British scientists Big Butterfly Count, a participant in the project, which can be any citizen, simply notes the number of insects seen during the day, and reports this information to a charity, describing also the appearance of the butterfly that got in the way.

This research initiative will help scientists assess the state of the environment, which, according to scientists, was badly affected by adverse weather conditions in the spring.

It is noteworthy that the author of the picture, published on the official page of the royal couple on Instagram, is the girl’s mother, the Duchess of Cambridge, known as a passionate amateur photographer. Kate also shared a macro photo of the butterfly itself, the red admiral.

Not so long ago, the Duchess also published a photo of her authorship, in which George, the eldest son of the couple, posed. The publication of the photo was timed to coincide with his 8th birthday.

Kate often takes official photographs of her family herself, without involving court photographers in this occupation. – freenews

In the US, they called for vaccination to stop the mutation of the virus