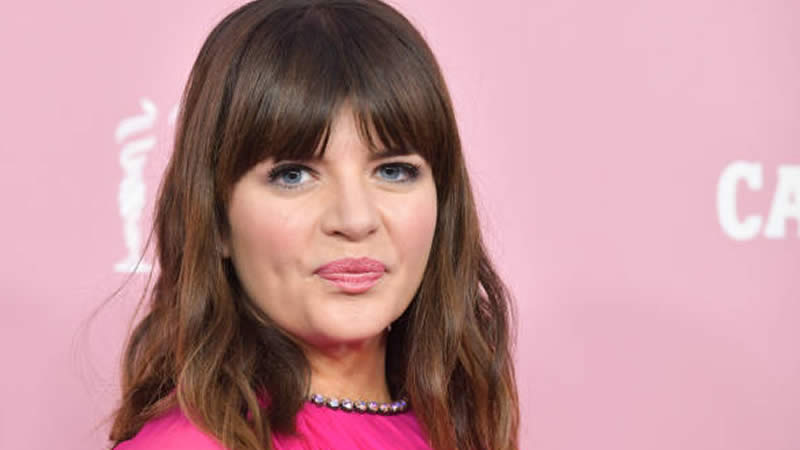 Casey Wilson explained why she held back on asking co-star Sam Asghari all of her burning questions about Britney Spears—and even concocted an elaborate “alien” backstory for herself.

Casey Wilson prefers to kiss and ask rather than kiss and tell.

When the Free Britney movement was in full swing, the comedian revealed what it was like to film a sex scene with Sam Asghari, who married Britney Spears in June.

Wilson admitted in a recent interview that she was itching to inquire about her co-relationship stars in real life but decided it would be best to keep some things secret.

On July 21, Wilson discussed his work with Asghari on the TV series Black Monday, in which he portrayed Giancarlo and she played Tiff Georgina, on SiriusXM’s The Jess Cagle Show.

According to co-host Julia Cunningham, the duo “bang aggressively” in the season three premiere in 2021. “Free Britney was raging, there was a lot happening and then you’re on set with Sam Asghari,” Cunningham noted. “What was it like?”

“Sometimes God puts you in a time and a place and says, ‘You’re the chosen one,'” Wilson joked. “Someone has to simulate sex with this man [amid what’s] happening with Free Britney. And it was me.”

But, how was it really? As Wilson shared, “It was wild.” Recalling that she and “dear friend” Andrew Rannells shared scenes withSam, Wilson said they wanted to be “obviously appropriate” with their co-star “and not ask the thousands of questions.”

“Obviously, we love Britney and wanted her free desperately,” the Shrink Next Door actress continued, “but at the same time, we wanted to establish trust and then try to get in there.”

They even developed an elaborate backstory to help them get into character.

“We were like, ‘Let’s pretend we’re aliens who have just come down to earth. We don’t even know what music is,'” Wilson recalled. “‘Like, we’re not of that world. We’re thespians.'”

They managed to avoid the urge to confront Asghari with all of their burning inquiries regarding Spears’ conservatorship, which ended in November after 13 years, so it appears that the extraterrestrial strategy succeeded.

She stated that they received no intelligence: “Bottom line, we didn’t get much and that’s on us,” she said. “But Sam is a lovely, lovely guy. And gorgeous.”

She only needs to consider Asghari’s remarks regarding their wedding if she still wants to know what he thinks about Spears. He said, “We imagined this being a fairytale and it was,” on Good Morning America.