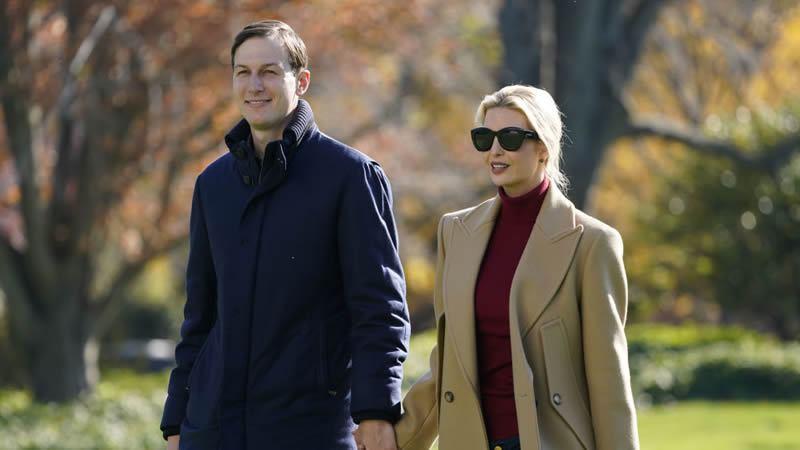 American millionaire, real estate developer, and owner of one of the largest development companies in New York, Jared Kushner, served as senior adviser to his father-in-law, the former US president, Donald Trump.

The husband of Trump’s daughter, Ivanka Trump, and former senior adviser to Trump, Kushner is reportedly seeking to establish “a simpler relationship” with his father in law, after dropping out of politics, The New York Times reported on Saturday, citing a small “circle of advisers.”

According to the newspaper, Kushner “wants to focus on writing his book and establishing a simpler relationship” with his father-in-law.

Recent reports claimed that Kushner and his wife had “checked out of politics”, distancing themselves from the violent political turmoil that followed in the wake of the most recent US presidential election.

Trump’s son-in-law was also earlier said to be working on a book devoted to his own personal experience as a senior adviser to his father-in-law.

Kushner, while serving as a senior advisor to Trump, assisted in negotiations in the Middle East. His diplomatic efforts resulted, in part, in the so-called Abraham Accords; agreements between Israel and a number of Arab states to normalize relations.

Earlier, he welcomed the efforts of US President Joe Biden’s administration to negotiate the possible reconstruction of 2015 Iranian nuclear deal (Joint Comprehensive Plan of Action, JCPOA) that his father in law unilaterally ditched in 2018.

BAFTA TV Awards 2021: The Best Celebrity Hair and Makeup Looks of the Night

Dakota Johnson On ‘Cancelling’ Johnny Depp & Others: “Had An Incredible Time Working With Them… Cancel Culture Is Such A F*cking Downer”