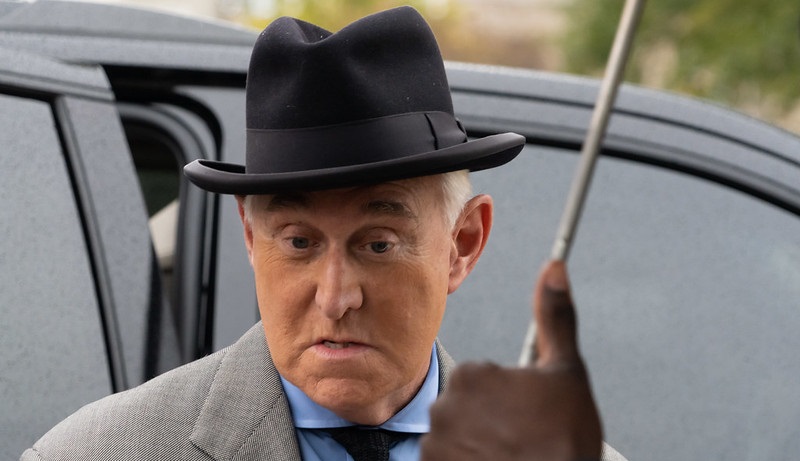 Things have been falling apart for former President Donald Trump since his departure from the White House. The lawsuits against him are nearly endless, he has no social media platform to his name to air his numerous grievances on, and his Trump Hotel appears to be swirling the drain as we speak. But it seems that the “Trump stink” isn’t limited to Donald himself.

We recently reported that Trump’s son-in-law Jared Kushner was feeling the heat as one of his retail properties sneaks closer and closer to foreclosure, and now it seems that the detriment and dispair have leeched even further, reaching as far as longtime Trump pal and convicted felon, Roger Stone.

Stone was a convicted felon for charges of obstruction, making false statements, and witness tampering — all of which he was found guilty of on all counts. The former political consultant’s 7-year sentence was ultimately commuted by his old friend, then-President Donald Trump and eventually, all charges were pardoned, but it seems his ability to dodge any tangible jail time hasn’t staunched the supposed “suffering” he and his family are allegedly going through.

In a rather embarrassing screenshot posted to the “Parler Takes” Twitter account, it appears that Stone has taken to the extreme right-wing platform to scab for bitcoin and cryptocurrency donation, claiming that he and his family can’t afford to eat or pay their bills.

“I urgently need your help today just to survive,” Stone peddles in the Parler post after whining about the Mueller investigation. “We are struggling to pay for rent, groceries, gasoline, prescription medicine, and the premiums for the little insurance we have left.”

“Your bitcoin and crypto donations will help the Stone family as we fight the endless battle against the fake news media and politically motivated prosecutors still angry about my pardon and seemingly preparing to railroad me yet again,” Stone’s post concludes.

At the end of the day, there’s really no telling if Roger Stone is truly struggling as badly as he claims, or if he’s simply scabbing for a few undeserving donations. But nevertheless, it seems that the rot of the Trump administration is rapidly spreading far and wide. Karma certainly has a way with things.

Signs That Your Relationship Can Last A Lifetime