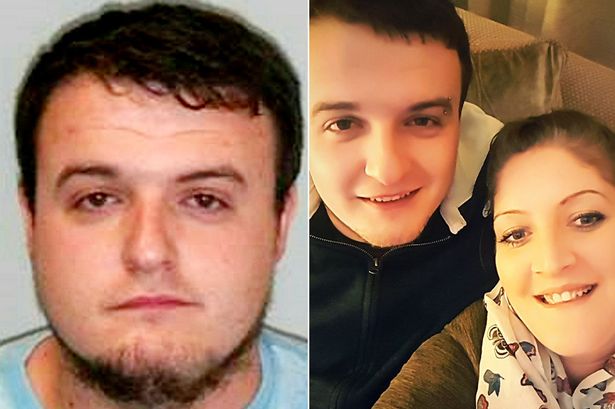 A conman who “wormed his way” into the life of a woman he met on Tinder, telling her he needed £3,000 for a new kidney before taking out multiple credit agreements in other victim’s names, and even leased an Audi before persuading one woman to obtain a loan to pay for a house.

Paul Simon Gillet duped several women into thousands of pounds of debt, with one calling the 30-year-old a “pathological liar”.

He also persuaded a business partner and his wife to hand over huge sums of money he then pocketed for himself, stealing up to £158,000 from his unsuspecting victims.

Swansea Crown Court heard Gillet stole £3,000 form a woman he met on Tinder, telling her he needed the money for a new kidney, WalesOnline reports.

Prosecuting, Helen Randall, said Gillet met Rebecca Rouse and quickly moved in with her and her children, before taking out large amounts of store credit agreements in her name.

Gillet also took out a finance agreement on an Audi and persuaded her to obtain a loan to pay a deposit on a house for them.

He then tried to get loans worth more than £41,000 using her personal details, before lying to the woman and telling her he had kidney problems and needed an urgent transplant.

Randall said Gillet told the woman he was due to inherit £1million, before moving on to the owner of a printing business, he later claimed to be his biological father.

In an impact statement, the woman who Gillet move in with described him as a “pathological liar – and a good one” and said he stole not only her money but also her independence.

The mum said she was being pursued for debts which the defendant had accrued, and had been left scared to answer the phone or open the front door.

Gillett, formerly of Coronation Road, Carmarthen, but now of HMP Brinsford near Wolverhampton, had previously pleaded guilty to 10 counts of fraud by false representation when he appeared in the dock via video link.

The businesses owner Gillet defrauded said the conman had “greatly impacted” on his life and emotional wellbeing, and left him being chased for debts which were not of his making.

He described Gillett as “heartless, selfish and uncaring” adding: “I have a life sentence because of what he has done.”

Defending, Michael Aspinall, said Gillet had contracted Covid-19 in April this year and had been left with heart problems and scarring of the lungs as a result.

He said prior to embarking on the series of frauds in his mid-20s, Gillet’s marriage had ended, he had lost his business, and he was effectively homeless.

The barrister said Gillett now “bitterly regrets what he has done”.

Judge Huw Rees told the defendant he had deployed “guile and deceit” to take money from his victims in a variety of ways, causing financial and emotional devastation for all involved.

He said: “You are an entirely dishonest man. You have made it your life’s work, it seems, to dupe and defraud innocent people.”

Giving the defendant a 25% discount for his guilty pleas the judge sentenced him to four-and-a-half years to run consecutively with the sentence he is currently serving.

Kardashians Will Never Be Friends With Larsa Pippen Again, Know Why!