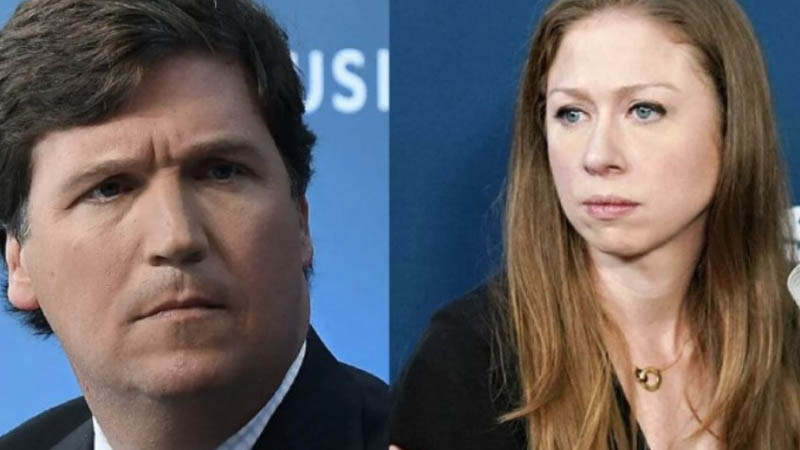 Chelsea Clinton has decided to go after Tucker Carlson is the biggest, boldest move yet.

Hillary and Bill’s daughter – two of the most corrupt people in this entire country – is now calling on Facebook to delete Tucker Carlson off their platform.

Chelsea’s parents are notorious crooks and her father is a womanizer and an accused serial rapist, but this privileged little darling is calling on FB to ban an American patriot and good family man.

Here’s what Chelsea said: “In December, @facebook banned claims about #covid19 vaccines “that have been debunked by public health experts.” And yet . Especially troubling given Republican men are currently most likely to say they’re not interested in being vaccinated.”

Here we go again, with things we’re not allowed to speak of. The list just keeps getting longer and longer. Soon, we’ll all need an Excel spreadsheet to keep up with all the “no-no” terms.

But it’s perfectly okay to talk about hormone-blocking a 3-year-old…Just don’t question that sacred vaccine – the non-FDA-approved liquid being shot into people’s bodies..Nope, can’t question that or have a public debate about it. No sir. That’s “dangerous” stuff.