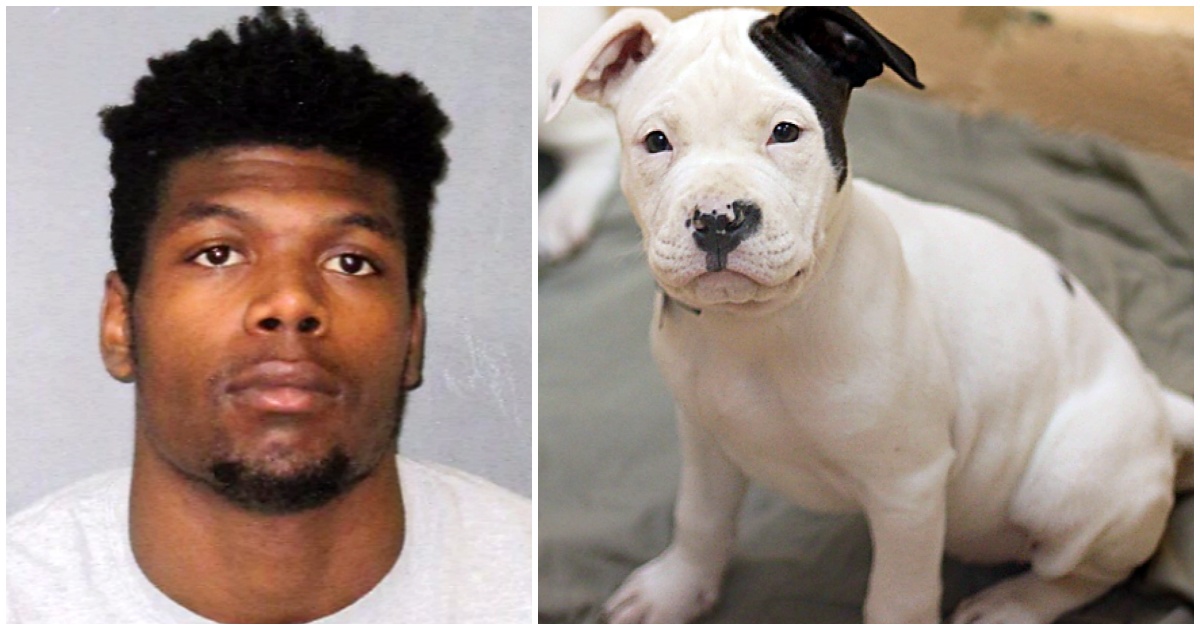 Former LSU football player Ray Parker was accused of domestic abuse last fall, but the violence didn’t stop there. He is now facing additional charges after he allegedly beat his puppy so badly that he broke his leg, which later had to be amputated.

21-year-old Parker was originally arrested on the domestic violence counts, then released on bond. He has since been taken into custody again after reports of the animal cruelty, and is being transported to Baton Rouge for booking on the felony charge.

According to the police warrant, Parker would repeatedly abuse the Pit Bull puppy, named Kash, and broke his leg and rib. He sent text messages to other saying he was punishing the pup for peeing on the floor and said Kash might end up “dead or injured.”

Parker’s roommate told police that he witnessed Parker kicking the dog several times and that he would often hear Kash crying.

He also told his girlfriend to come get “this broke leg dog,” which led her to get Kash and bring him to the LSU vet school for immediate treatment.

Vets said Kash’s leg had to be amputated, since it had multiple breaks and fractures. Thankfully, he is expected to make a full recovery.

Parker has since been suspended from LSU and has not been reinstated.

Always Sweating in Your Sleep? Here’s What Your Body’s Trying to Tell You