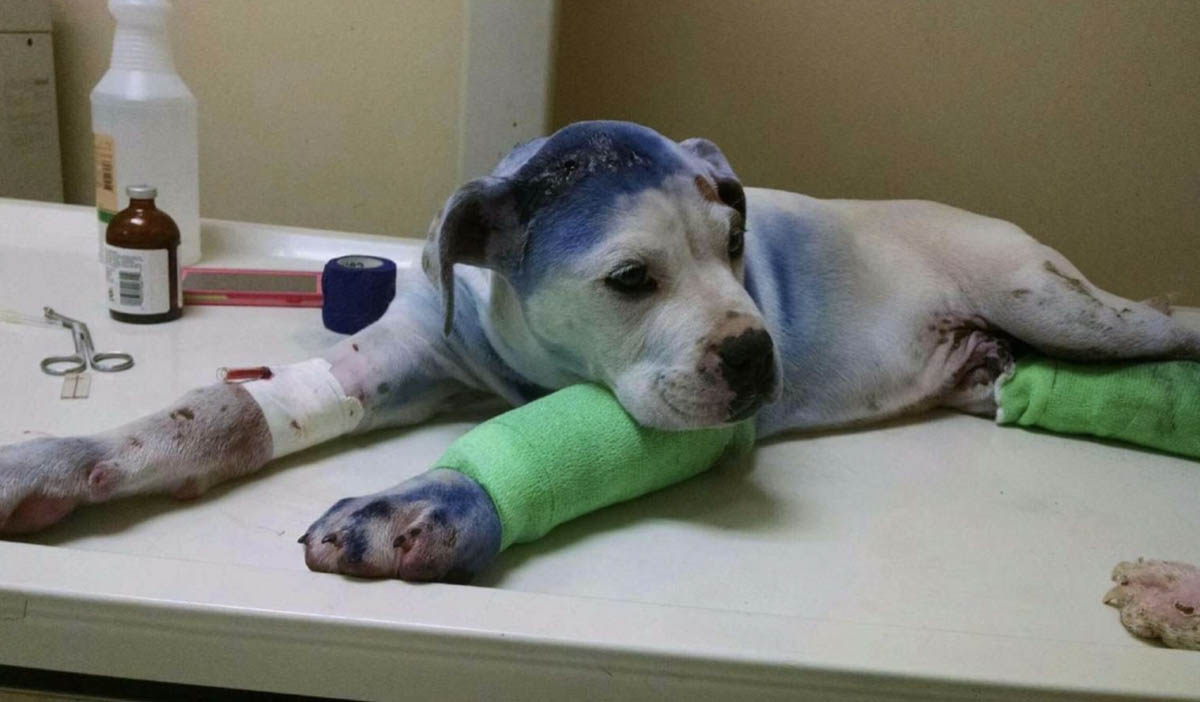 Dogs are precious yet some fall victim to nightmarish situations. Some dogs suffer at the hands of heartless humans. Two dogs, named Simon and Sammie, both fell victim to abuse. They were rescued several weeks apart from one another.

The dogs came from two shelters in South Carolina. Sammie was only four months old. Simon was only a year old. The two dogs needed one another in the most miraculous way.

Sammie had suffered from horrendous abuse. He was dragged by a car and then shot. To make matters worse, he was also spray painted as if he meant nothing. Simon was badly abused and neglected by his owner.

Thankfully both dogs were rescued from kill shelters and brought together by Rescue Dogs Rock NYC. They were transferred to a vet clinic to receive urgent care. When Sammie was on the exam table, the frightened puppy was so scared he began to shake.

Simon sensed that something wasn’t right from across the room. The gentle dog came walking over to Sammie, stood up, and then put his paw on Sammie. This beautiful gesture was exactly what Sammie needed!

“The compassion and understanding between animals is beyond me,” Jackie O’Sullivan, co-founder of Rescue Dogs Rock NYC, told The Dodo. Both dogs found one another in a world where they desperately needed comfort. Was it fate? We think so too!