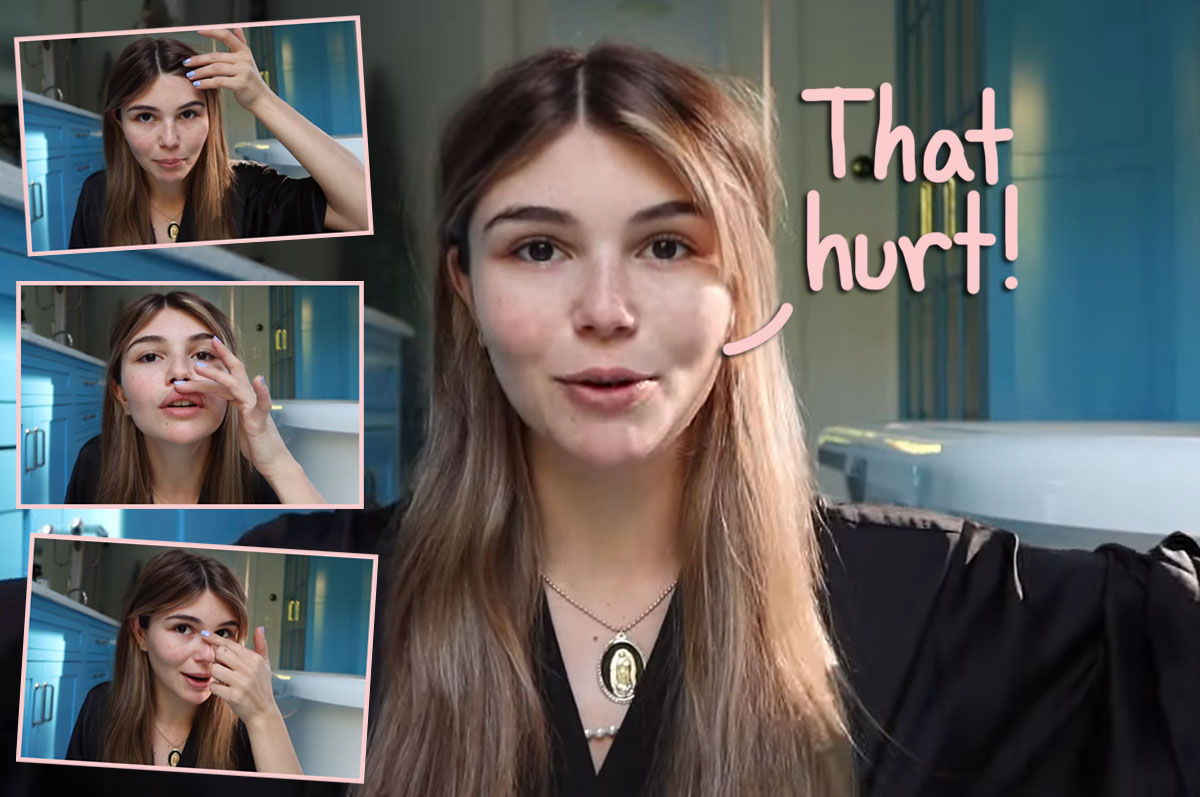 Olivia Jade Giannulli is on the mend after injuring herself in a bathroom mishap.

The 21-year-old daughter of Lori Loughlin and Mossimo Giannulli split her lip and chipped her tooth after passing out on her bathroom floor, she shared on her YouTube channel.

A source tells PEOPLE the incident occurred while Olivia was sick with food poisoning.

Olivia recounted her accident in a makeup tutorial on Thursday, sharing with viewers, “Crazy thing happened to me last night: I ran to the bathroom thinking I was going to throw up and then I passed out.”

“But I [had] locked the door ’cause I didn’t want my boyfriend to come in because I was like dying,” she continued, adding the word “dramatic” over the footage. “He just heard this big thud and then was like running in the room, like, ‘Holy s—, are you okay?’ “

The beauty influencer said tried to unlock the door, but could “barely remember” what happened next.

Pointing out her injuries on camera, Olivia said, “I split my lip a little, and then I have like a bump on my head right there. My nose hurts really bad too.”

While lifting up her lip, Olivia also included a caption on screen that read: “also chipped my tooth :)”

Olivia’s latest video is the second one she’s posted since her return to YouTube following a lengthy absence.

Last week, Olivia published her first vlog in over a year, with an introduction that acknowledged her recent appearance on Facebook Watch’s Red Table Talk, during which she apologized for her family’s involvement in the college admissions scandal.

“Obviously, did my Red Table Talk interview and I think if you have any questions for me or you have anything to say or you’re like ‘Why are you back?’ you can go watch that interview. I think I kind of disclosed what I thought I needed to say on there,” she said in her comeback vlog.

Olivia then inserted an “editor’s note” in the video, clarifying those statements.

“I didn’t want this to come across the wrong way and I’d just rather say something and make the video look a little weird,” she said in the inserted clip. “I don’t mean to say that in a dismissive way or a pretentious way. I think what I was trying to get across was I felt like the thing I wanted to do the most was apologize for so long and I felt like I got to do that at Red Table.”

“And so although I can’t change the past, I can change how I act and what I do going forward,” Olivia added. “I just didn’t want anybody to take it the wrong way and seem like I’m being like, ‘I went on Red Table and now my name’s cleared!’ Like, no that’s not it. But just for my own mental sanity I don’t want to keep rehashing things. I just want to move on and do better and move forward and come back and do what I love, which is YouTube.”

Olivia’s parents were both sentenced to prison last year after pleading guilty to the charges against them related to the scandal.

Loughlin, 56, was released in December from a federal correctional facility in Dublin, California, where she served two months. Mossimo, 57, is currently completing his sentence at a federal prison in Lompoc, near Santa Barbara.