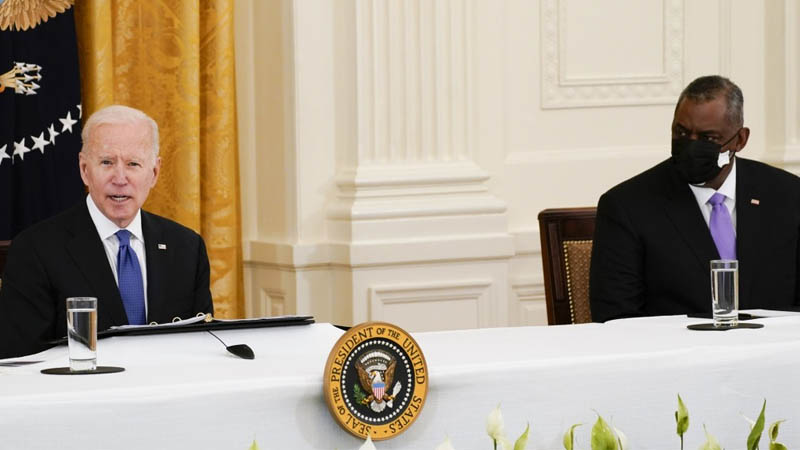 By the name of fighting with racism and also extremism, the President of United States Joe Biden’s Department of Defense is promoting racial extremism. On this great initiative, Pentagon should need to be standing down. According to Defense Secretary Lloyd Austin in February he ordered that “every service member” should be involved in a “stand-down” (that is a training session) held to address and counteract “extremism all in the ranks”.

This order that came in the response to fear and reports that is the number of “white supremacists, and other domestic terrorists such as anti-government violent extremists” that was growing among United states armed forces personnel. The outlet published the agenda for a March 22 “all-hands” meeting that fleshed out the “policy to address extremism.”

The agenda included four pages of “additional resources” that leaders should consult to aid in these stand-down sessions. There was no “Letter from the Birmingham Jail,” nor was it a recommendation that can say, Pulitzer Prize-winning history of the civil rights era. That was not a balanced list of all the scholarly research on white supremacists and neo-Nazis.

Instead of it, the Pentagon was telling its women and men to do tendentious works of better-left organizations and if black separatists and writers. The resources recommended among the southern Poverty Law Center, the widely, wealthy discredited ( and discreditable) to the left-wing organization that is more truly wrongly includes ordinary conservative outlets among from the once-vaunted lists of “hate groups” in the U.S. No, it’s not electrifying, and it isn’t essential; it’s vile racism of its own. while on the other hand, last time when we overviewed that, it isn’t the military’s duty — indeed, it is entirely out of the military’s purview that needs to be involved in the forming for a “just and equitable society.”