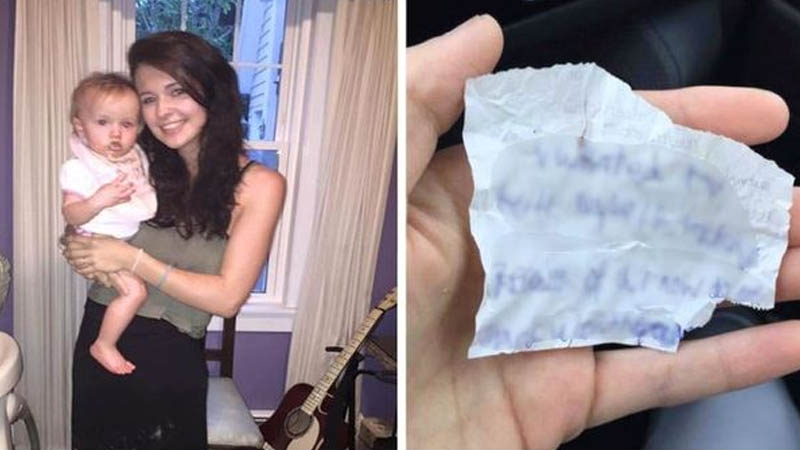 The internet is full of doom and gloom stories these days and it’s easy for us to conclude that the world is going to hell. However, there are a lot more inspiring stories in the world, but sometimes you just need to look around!

Let’s look at one case for example.

This is a heartwarming story of a woman, a mother, who changed someone’s life just because of her kindness and love.

One morning, Casey visited Dunkin Donuts to get herself breakfast when she spotted a homeless man begging for food with money in front of him. On noticing that guy, she headed up towards him and started conversing to which that man ignored.

Super annoyed from that gesture, Casey went away and got him a coffee and bagel, sat with him and chatted for hours. The guy was named Chris.

While talking to her, Casey realized that Chris is the most honest person she has ever come across as he started telling her about all the hardships and misery he had to face all his life. He also confessed how drugs had turned him into a person that he always hated and during that time he lost his mother to cancer.

After hours of chit chat, Casey realized that she is getting late for her class. As she got up, Chris asked her to stay as he wanted to write down something for her on a piece of paper.

With his shaky handwriting, he managed to scribble something on the paper and handed over the receipt to Casey and left.

Casey, who was very curious to know what he was writing, when opened the crumpled up receipt she was shocked to read what he had written.

The note said: “I WANTED TO KILL MYSELF TODAY, BECAUSE OF U I NOW DO NOT. THANK U, BEAUTIFUL PERSON. “

You don’t need a million dollars to help people in need. Sometimes it’s just the smallest gesture of love that can make the biggest difference.