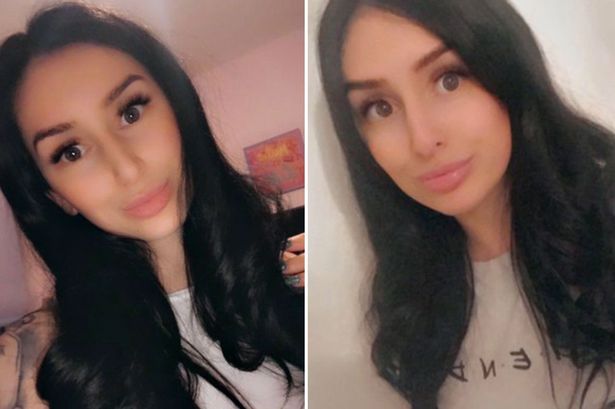 A young mum who was once “constantly overdosing” due to bullying and survived being raped used to feel she was “destined for suicide”.

Gemma Newman, 24, has waived her right to anonymity to speak up about her decade-long battle with mental illness and how she came through the other side.

“During my high school years, I was bullied for the way I looked and it gradually got worse and worse,” she told the Daily Record.

“It started off just being called names, a lot of verbal bullying, but then it escalated. It began with people in the year above me, then the year below.

“When I went home, it continued online and people from other schools and areas began to join in.”

The Falkirk local was often taunted for the size of her nose, and she eventually went under the knife at just 17 – but it didn’t improve her self-esteem.

“Between the ages of 14 and 16, I was just constantly overdosing,” Gemma said.

“It was my way of self-harm. I didn’t realise how dangerous it was and I was very naive.”

She left school in the fifth year, moving to student accommodation in Glasgow to study law – but was raped by a man, who has never been charged, just days after moving in.

After quitting the course, her mental health battles continued and she continued to overdose before an eye-opening hospital scare.

“It wasn’t until I had been in hospital three times with quite serious overdoses that a doctor, who had seen me twice already, told me I was going to die,” Gemma said.

“I had drips in my arms and I took them out because I wanted to leave. But the doctor said that if I went out the door, I’d be back in two days’ time but I’d be dead.

“From that point on, I stopped overdosing.”

In July 2019 Gemma went missing for several days, sparking a police hunt until one morning she came home and tried to hang herself in her bedroom.

“After being raped and trying to deal with everything that had already happened, I was destined for suicide at some point,” she said.

“I just felt like there was never going to be any good things happening in my life.”

In what seemed like a miracle, police officers who had been trying to trace Gemma burst into her house at the moment she was trying to take her own life.

“That’s why I haven’t tried again. I believe that they came at that exact time for a reason,” she said.

“For one of the first times in my life, I felt like I was being supported and that somebody did care. I know it’s their job but they were still there when I needed them the most.

“Since then, I haven’t had any more suicide attempts but it’s a year and a half later and I do still struggle.”

Gemma, who was eventually diagnosed with Borderline Personality Disorder, feels as though 10 years of her life have been “completely wasted” and is mourning the teenage years she never got to enjoy.

Gemma also offers support groups for people with mental health difficulties and hopes her experience will help them realise there is always hope.

“If I could tell them that in 10 years time, you’ll be absolutely fine or at least in a better place, they wouldn’t believe me. I wouldn’t have if someone told me that back then,” she said.

“I’m not cured or healed by any means and I do still struggle with bottling things up. But I am getting better.

“I’ve no expectations for myself, I just take every day as it comes because you just don’t know what is around the corner.”