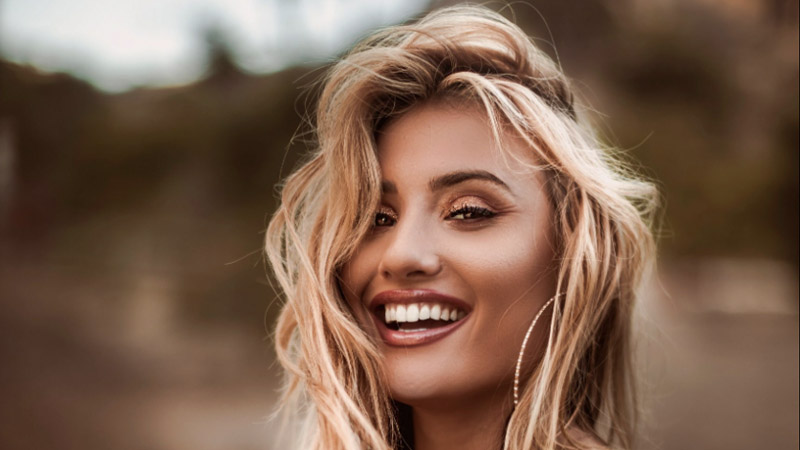 Though this Boca citizen is a world-renowned performer who has opened for superstars such as Jennifer Lopez, Ciara, Flo Rida, and Pitbull, she is equally dedicated to making the world a kinder, more inclusive place.

She was recently featured on ABC’s “Good Morning America,” where she discussed retracing her family roots in Poland and learning about her maternal grandparents’ experiences during the Holocaust.

That trip was documented on film and became the six-part Holocaust education docuseries “How to: Never Forget.” It was shared on all of Tucker’s social media platforms in order to educate many of her followers.

According to recent polls, many members of the “TikTok Generation” are totally ignorant of the basic facts of the Holocaust. According to a 2020 national survey of adults under the age of 40, a significant number of them are unaware that the Holocaust killed 6 million Jews, with one-tenth reporting that they’d never even heard the term “Holocaust” before.

“We need everyone to bring out their friends, families, and colleagues, from youth, parents, and grandparents to Gen Xers, Millennials, and Baby Boomers to join us, so together we can resonate acceptance, kindness, and light,” shared Tucker.

Concert-4-Kindness, hosted by FAU’s Dorothy F. Schmidt College of Arts and Letters, aims to deliver a “We Are the World”-style moment, according to its marketers. Tucker will perform a number of her well-known originals, including “Be Me” and “I’m Not Alone.” Tucker wrote both of these songs to inspire others to value their own and others’ inclusion and diversity.

Though Tucker and her dancers will be the highlight, the show will feature more than 125 multicultural performers and presenters. Clarence Brooks, FAU’s director of dance, will perform “Sweet in the Morning,” choreographed by Leni Williams and set to music by Bobby McFerrin. Brooks has toured the United States, Europe, and Asia with over 60 American companies.

BriGuel, the internationally renowned bilingual artistic duo from Spain and New York, will perform and share clips from their award-winning films and videos. They are both Holocaust survivors’ grandchildren, and they are raising awareness and support for relocated Ukrainians seeking refuge at the Auschwitz Jewish Center Foundation in Poland.

Florida Singing Sons and Chorale Soleil, a new ensemble, will cooperate vocally to develop arts-aware youth leaders of the future. Florida Singing Sons have performed with prestigious local companies such as Florida Grand Opera and New World Symphony, as well as touring the United States and major European cities.

Signs Your Hip Pain Could Be Bone Cancer