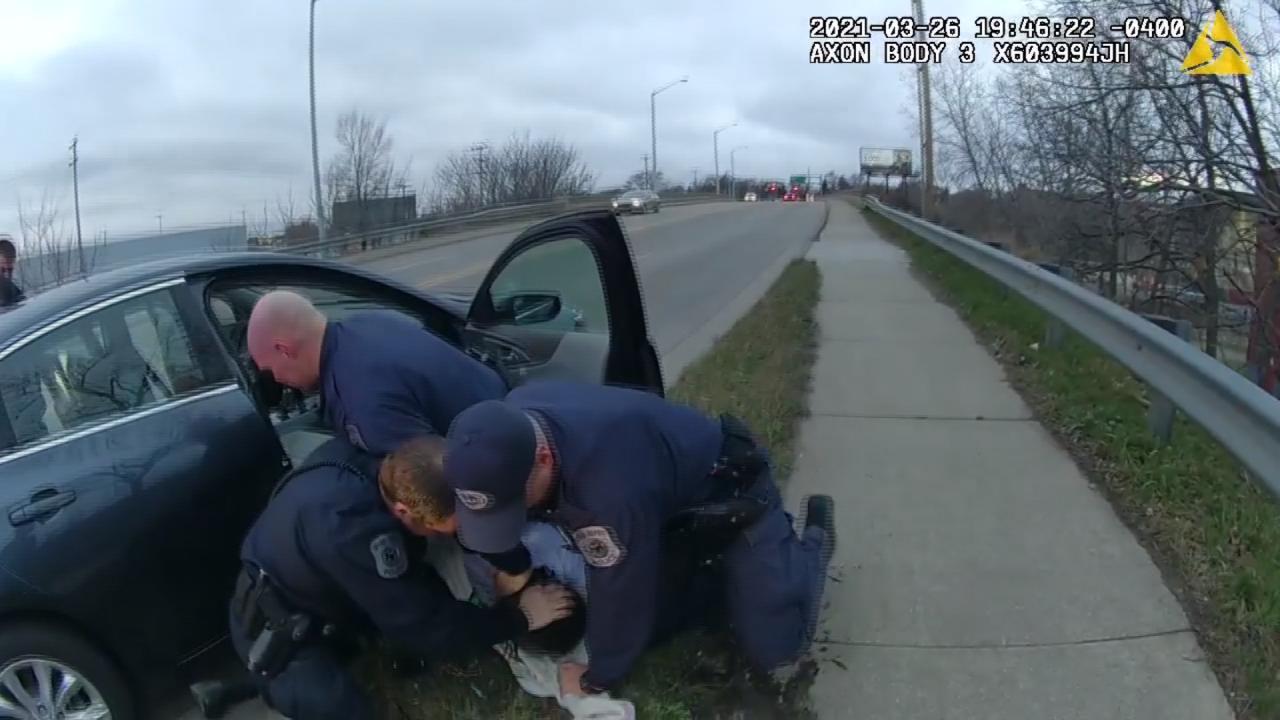 A group of police officers getting slammed on social media now face a potential lawsuit after bodycam footage allegedly showed them assaulting passengers of a car pulled over for “littering.”

According to details, the attack happened on 26 March when Grand Rapids officers pulled over 25-year-old Diabate Hood, who then refused to step out of his car. There were two other men in the vehicle with Hood, police said.

Hood reportedly attempted to flee by jumping into the passenger seat. The video shows three officers holding him down and one punching him several times in the face. Officers kept shouting “Stop resisting.”

An attorney says Grand Rapids police used excessive force, punching a man in the head as he resisted arrest, during a traffic stop initiated for littering.

“You don’t have to listen to me, look at the video,” Grand Rapids attorney Tyrone Bynum said.

The attorney is representing Diabate Hood after he was charged with attempting to disarm a police officer, carrying a concealed weapon and resisting arrest.

Bynum said he plans to file a complaint with both Grand Rapids police and the U.S Department of Justice over the stop, describing it as racial profiling.

“As with all Use of Force incidents, the encounter was reviewed by supervisors and members of the department’s Training Unit. To date there have been no Internal Affairs complaints filed in this incident,” according to a statement issued Wednesday, April 21 by Grand Rapids police.

After Hood tried to jump to the passenger car, he was stopped by officers on both sides. The video then shows the officers pinning him down and one punching him several times in the face.

Hood can be heard saying: “I didn’t do nothing. What the f**k? I can’t breathe.”

Meanwhile, the police have claimed that they found four weapons in the car which they are using to file felony charges against Hood. He is also being charged with resisting arrest, and attempting to disarm a police officer.

In the video, one officer could be heard yelling: “You’re lucky you are alive.”