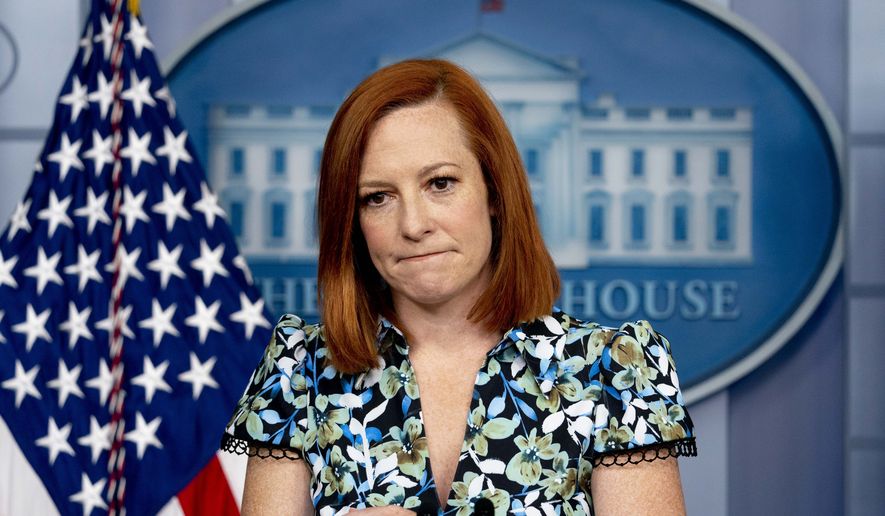 According to the terrible jobs report that continues to be a hot topic in Washington and around the country. Biden government has steadfastly denied accepting any blame for the current, artificial labor shortage.

Jen Psaki continued that theme today, blaming everything but Biden’s garbage policies. Convenient, right? That’s not to say every job opening is like that, but a lot of them are, and they remain unfilled. That businesses are out there trying to pay people $7.25/hr to do difficult jobs is nonsense.

Go take a walk down any main street in American right now and you’ll see restaurants and service industries offering hiring bonuses, competitive starting pay, and benefits. According to Psaki’s logic, all of the millions of current job openings don’t pay a “living wage.”

That’s just not true, and it’s an insult to business owners who are doing everything they can to fill positions without going bankrupt. “This level of gaslighting is always impressive. We are paying up to $40,000 a year for people to remain unemployed, and Psaki wants to pretend that does not affect at all the labor market.

All the other factors she lists are not new insofar as they are even true. Schools did not just suddenly become an issue in April 2021, nor did the cost of childcare. Rather, the massive miss of almost 700,000 jobs directly correlated with Biden’s “rescue plan” that extended unemployment until September”. As to the cost of childcare, again, that’s not a new dynamic. Psaki is only mentioning that because government-funded daycare is another thing on the administration’s wish list.

We can talk about schools, as well. Who exactly is behind the anti-science push to keep them closed? That would be Joe Biden and the teachers’ unions. Given that, if it’s a factor, then it’s a factor Biden is responsible for. Some people will choose less money and not going to work vs. Taking a job that may pay more than lay-off but requires them to show up five days a week.

We can quibble over whether the root of that is laziness, but regardless, it’s a decision people are making. Paski’s excuses should strike any intellectually honest observer as an exercise in abstraction. Biden wants to point the finger at everything but himself when it is his policies that are the driver of these bad results.

If you pay people not to work, they will stay home. The calculation isn’t simply monetary in that case. And yet, in the end, it’s up to the government to stop disincentivizing work. Psaki knows that, but her job is to lie to protect her boss.

Boy, 5, died from brutal injuries to eyes, ears and genitals after being ‘tortured’