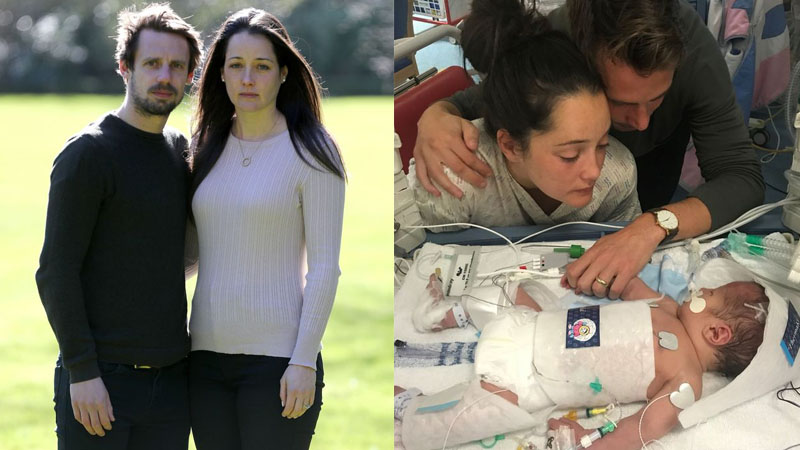 The guilty plea was made after an inquest heard evidence detailing a series of worrying incidents in the lead-up to Harry Richford’s birth and distressing details of the panic-stricken medical team who delivered him.

In November 2017 at the Queen Elizabeth The Queen Mother Hospital in Margate, Kent, where a Little Harry died after a significant birth. A baby who died after a traumatic birth concerning a catalog of errors in a memorable case then this a hospital has pleaded guilty to the unsafe treatment.

Now East Kent Hospitals Trust today admitted it caused Harry Richford and his mother, Sarah, harm by failing to give safe care and treatment. After when the young boy was delivered “silent and floppy” after a twist of misfortunes during his birth, with his parents only able to hold him on the morning of the day he died.

By neglecting to render care and treatment in a safe way appearing in harm or loss at Folkstone Magistrates Court today the trust prosecuted guilty to two counts. On the other side, that trust was arrested for failing “to provide safe care and treatment exposing a service user…to a significant risk of avoidable harm”.

Also in a statement, they told: “This is the first case of criminal prosecution of an NHS trust for poor clinical care by the Care Quality Commission and demonstrates the severity of issues that were discovered. “We have encouraged such families to come forward to the Kirk up Inquiry and now believe that the number of families is approaching 200.”

According to reports last year, the tot’s death was “wholly avoidable” because of coroner ruled that Harry was abandoned by the hospital following a three-week investigation. Before an emergency cesarean was conducted by an untrained locum then suddenly scared mother was rushed into the theatre, where medics attempted to deliver Harry with forceps.

The main cause of death is that after the baby was born an anesthetist dealing with Sarah had to step in after 28 minutes after a locum registrar sadly failed to get him to breathe. Richford family stated: “Since that time, neonatal deaths have dropped by 55 percent and stillbirths by 20 percent compared to the seven-year average. “This proves that with the right level of focus, leadership, and attention, baby’s lives can be saved.

“Harry’s life and our sacrifice have made a significant difference here in East Kent and it must be maintained.” But after the hearing, East Kent Hospitals’ chief executive, Susan Acott, responded: “We are deeply sorry that we failed Harry, Sarah, and the Richford family and apologize unreservedly for our failures in their care”.