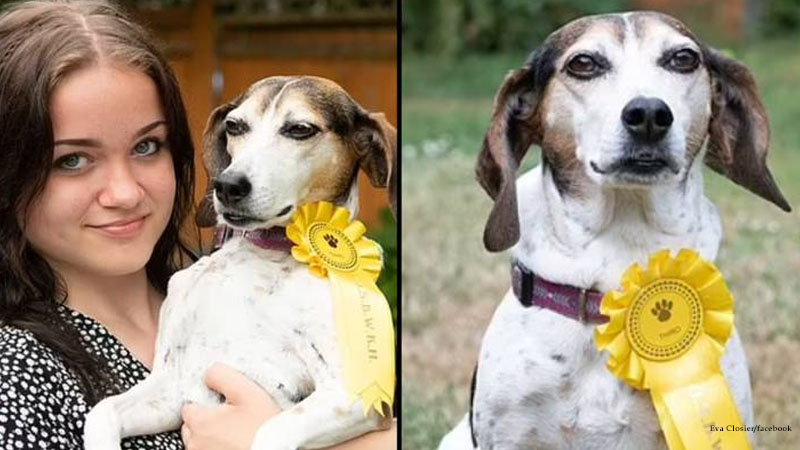 The worst was feared by Bonnie’s owners when she disappeared from her home in the United Kingdom at the age of five.

Wales Online claims that Paula and Peter Closier started looking around right away, calling neighboring veterinarians to spread the word, and even involving the police.

Paula posted information about her much-loved dog on social media in the event that no one from the neighborhood could be found when their searches came up empty.

It turned out that John Wilmer saw Bonnie on the side of the road while he and his two dogs were on their routes to a dog show.

Though short on time, John didn’t want to leave the little puppy out in the open on the highway, so he picked her up and quickly posted on Facebook about finding a missing dog. He continued to the dog show while pulling Bonnie along.

Since they were already there, John reportedly made the decision to submit Bonnie to the show’s competition under the category of rescue dogs. Bonnie not only competed, but she also won third place!

You can only imagine how shocked the Closier family was when their lost dog was found and presented with a ribbon from a nearby dog show. Eva Closier, Paula’s daughter, even posted a picture of Bonnie with her ribbon on Facebook and it’s quite cute. Bonnie looks so proud!

“We couldn’t believe it. You could not make it up. Bonnie was absolutely fine when she got back. She just thought she was having a great day out. When she was missing I had five different outcomes in my head, the best being that she came back. This was even better than that, she came back with a rosette,” Peter said, according to Yahoo! News.

Who knows, maybe this is the start of a show dog career for dear Bonnie!