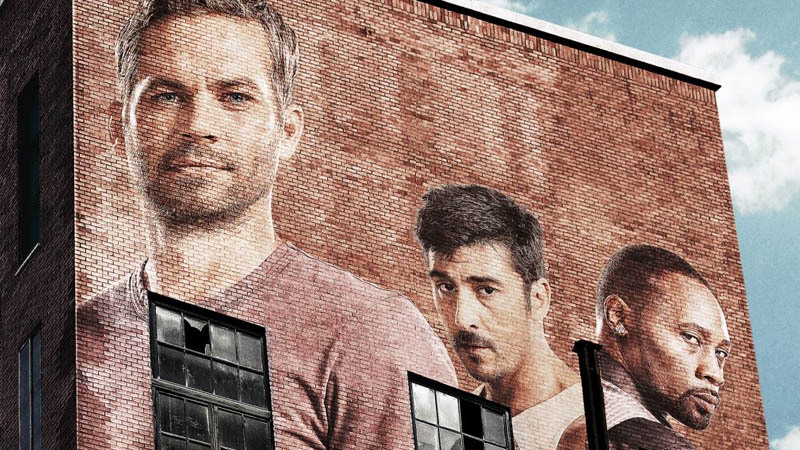 Paul Walker wouldn’t want this to be remembered as his last film. Well, he can rest in peace. The one thing you can say about Brick Mansions is that it will be quickly forgotten. The second thing one can say is that Walker is the best thing about it.

In fact, it’s when you sit through Brick Mansions do you appreciate the late actor’s unfazed capacity to portray sincerity in the most incongruous of circumstances. It keeps you going hoping there may be more to Brick Mansions, till you are proved disappointingly right The story, which is just a platform to stage the acrobatic talents of Parkour founder David Belle and the fighting skills of Walker, revolves around a rundown part, Brick Mansions, of that lately bankrupt city Detroit.

In Brick Mansions live the city’s forgotten, largely left to the ways of drug lord Tremaine (RZA). Lino (Belle) is the only one fighting Tremaine from within Brick Mansions, while the government looks the other way. However, there is a new mayor in town seeking an election, and when he is a young guy in a slick suit talking building projects, there has to be trouble afoot.

Damien (Walker) is a Detroit Police detective adept at rounding up drug kingpins. In the scene introducing him, he gives a whole new meaning to landing accused straight in police stations, dragging along one of the biggest of them. So when a “nuclear device” — these spring up even in Detroit — is stolen by Tremaine’s gang, the mayor sends in Damien to go in and disarm it, taking Lino’s help.

Tremaine himself wields guns and a butcher knife with equal ease and — inside his dimly lit, red den — is always seen chopping bell peppers and dropping these into a large steaming utensil. His mother’s recipe, he wags his finger, “never goes wrong”. By way of illustrating that everything else can. And before holding that same butcher knife on that same chopping block to a flunkey’s neck.

Damien and Lino could have made a nice buddy team, and they do sparkle when given a chance. However, the film has little time for such niceties even as it throws in our face two very differently and very distinctly dressed women who claw each other, pull each’s other hair, chain each other and give us sneak peeks down an S&M bustier and up a tiny schoolgirlish skirt Walker isn’t involved with either. Remember what we said about him resting in peace.