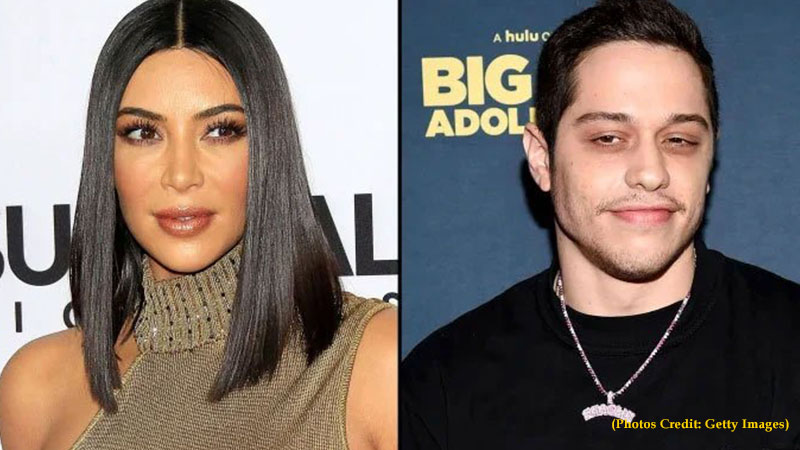 Kim Kardashian and her beau Pete Davidson are all about their relationship amid the Kanye West drama. Recently, Kanye has been making headlines for calling out ex-Kim Kardashian’s boyfriend “Skete,” a name given to Pete by the Donda rapper. In a series of online posts previously, West insulted Pete and maintained that he wanted to get his family back together.

In a new chat with Us Weekly, an insider opened up about what the new couple thought about Kanye’s recent blows. The source claimed that “Kim and Pete are very much excited about what the future holds for them as a couple”  and while the times were rather tough for the pair “they’re refusing to let it derail or distract them as a couple.”

They also disclosed that even though Pete and Kim want to “shout their relationship from the rooftops,” the KKW mogul’s difficult marital situation keeps them from doing so.

Meanwhile, the source adds that the KUWTK alum has been “very mindful about phasing things for the sake of the kids,” and went on to reveal that Kanye’s outbursts have not fazed Kim and her feelings for the Saturday Night Live star. In another statement, the insider disclosed that the Skims founder “adores” Pete and the couple tries to spend “as much time together as they can.”

The source also mentioned that things were in fact moving quickly between the two. They later added and shared that Pete and Kim were crazy about each other and were “wildly attracted to each other, both physically and on an emotional level.”