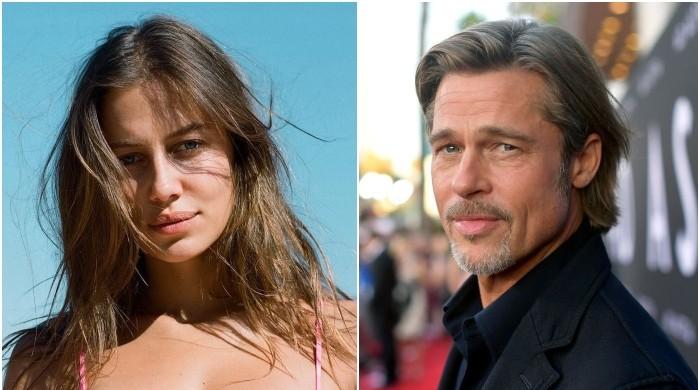 Brad Pitt is a hunk, who always comes in the dream of every hot girl. His style, acting and above all smile stolen the heart of everyone.  From Jennifer Aniston to Angelina Jolie, everyone knows the history.

The Curious Case of Benjamin Button, actor was with Nicole Poturalski amid of Covid-19 quarantine. The couple was even spotted jetting off for a vacation at South of France. Months after the split, things seem to have taken a new twist as Nicole is reportedly pregnant.

According to the onlooker” Brad and Nicole first sparked off romance rumours back in August. They were spotted jetting off to South Of France. However last year in October, they were split and this news confirm by nearest to the couple.

Rumours stated that ‘it was never meant to be’ and the duo wasn’t serious for each other. Amidst it all, now reports suggest that the German model is pregnant with Brad’s child

According to New Idea, Nicole Poturalski was spotted with a baby bump underneath her jacket. Furthermore, the report even suggested that the baby belongs to Brad Pitt and the model is in her second trimester. “There’s been buzz that she’s carrying Brad’s baby,” revealed a source close to the development.

On the contrary, Brad condemn all the hear it on grapevine regarding buy the fact that the baby could belong to him. Furthermore, it is said to be Nicole who ended the romance as she apparently wanted to priorities her son and husband.

Brad Pitt and Nicole Poturalski are also not in touch. So, even if Nicole may be pregnant, Brad feels he has nothing to do with it.