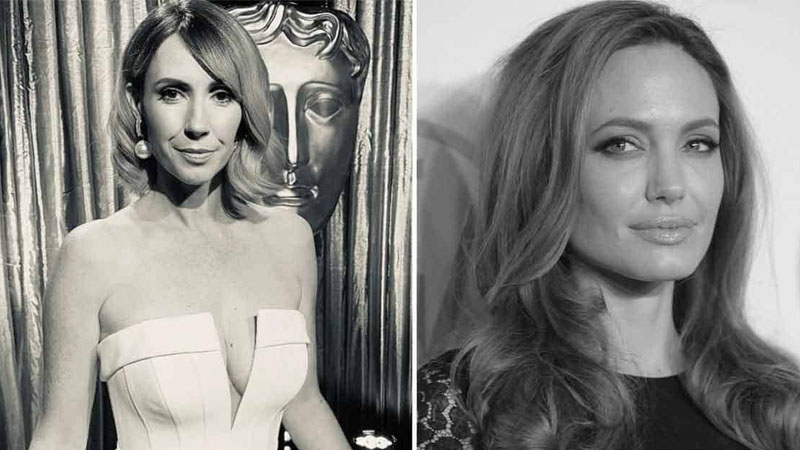 BBC’s ‘The One Show’ host, Alex Jones, revealed how Angelina Jolie was the reason behind one of her break-ups. Jones has become famous amongst TV presenters. She has hosted several shows and has been part of several others. Her ‘The One Show’ gained popularity over a period of time.

Many known celebrities such as Ed Sheeran, Hugh Jackman, Camila Cabello making an appearance on it. Calling so many stars on the show must not be an easy thing. Recently, Jones revealed a piece of information that people have often taken lightheartedly.

Alex Jones went through a bad break-up, and to make matters worse, it happened on live TV. Jones revealed that her ex-boyfriend stole her chance to interview Angelina Jolie. This led her to dump him live on-air. She also confessed that the experience led to a “dark period” in her life.

While speaking on the latest episode of the podcast ‘Thanks A Million’ with Angela Scanlon, Alexa Jones says, “[My boyfriend at the time] moved to London and started working in London. So did I – I was recruited, believe it or not, on a show called Rise, which I don’t know whether you remember, it was a breakfast show on Channel 4 and I became the entertainment correspondent.”

“One day I was in Topshop on Oxford Street and the production company who made the show called the flat where we lived essentially and said we need to speak to Alex. Angelina Jolie is available for an interview and we need her to come and do it now,” Alexa added.

Alexa then told what her then-boyfriend said, “And he said, ‘oh Alex is ill and she actually in Wales, but I could come’. So off he went, I’m still in Topshop, unbeknown to me, buying cheap jeans and shoes.” She continued to explain on the podcast that the production company called her to join her boyfriend on the live TV while he premiers with Angelina Jolie.

“So again, I said yes, so on live telly I’m like, you lied to me, where have you been? So yeah, not surprisingly, we split up live on telly!” Jones added. Despite that, she admits that it was not a good time for her.

“It was a really dark time for about six months and even though I was still very happily working in Wales, I just wasn’t myself, my mum was really worried, my friends were really worried and at that point, I thought, nobody is going to me like that again…” Alexa Jones said.