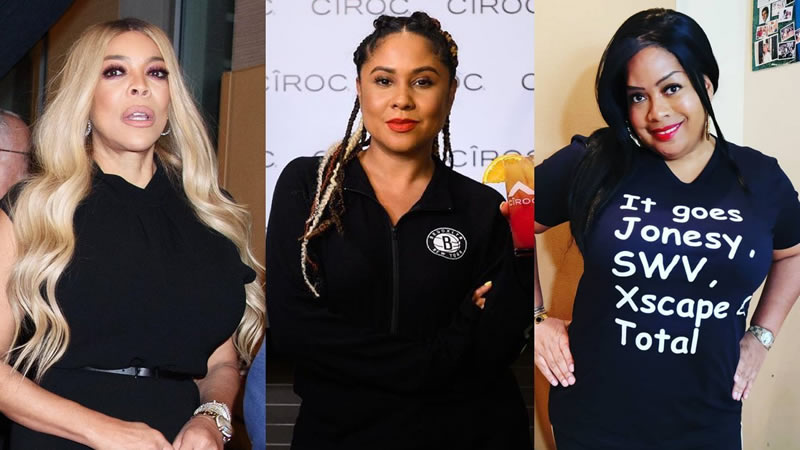 An Insider Who Witnesses The Chance Meeting Of The Three Radio Queens Says That One Audience Member Yells At Wendy, ‘Wendy, Get Up And Go Onstage To Take The Picture.’

Angela, by coincidence, was also at the Times Square joke joint. Considering it was a quite rare occasion for the three New York City radio queens to gather at once, the “Breakfast Club” co-host and Miss Jones wanted to document the chance meeting with a picture.

A source revealed to Page Six that Miss Jones took out her phone and asked comic Donnell Rawlin to take a photo of the three.

“Come on, Donnell. I want to take a picture with the ladies of radio,” Miss Jones allegedly told the comedian. However, Wendy seemingly wasn’t as enthusiastic as the other two ladies as she refused to leave her seat.

The insider claimed to the news outlet that one audience member yelled at Wendy, “Wendy, get up and go onstage to take the picture.”

The person went on to wonder, “What’s her problem? Why wouldn’t she get up?”

Another person also added, “If pity was a person.” Angela and Miss Jones then still proceeded to take a picture together on the stage even without Wendy.

The snubbing aside, that night marked the first night n action after being shut down because of COVID. “This is the first night in 15 months that we are open,” owner Caroline Hirsch told the news outlet. “It’s been a fabulous time… and the weekends are going to be even more marvelous.”