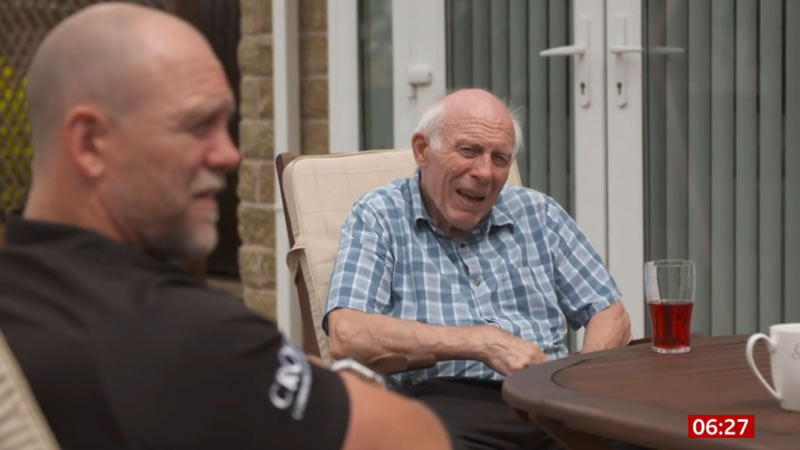 Mike Tindall opened up about his dad Philip’s battle with Parkinson’s disease as he hailed his “brilliant” wife Zara.

The 42-year-old former England rugby star became emotional after reuniting with dad Philip for the first time in six months.The two had been unable to see each other because of coronavirus restrictions.

Mike Tindall reunites with dad
In an emotional segment on this morning’s BBC Breakfast (Wednesday June 16), reporter Sally Nugent accompanied Mike as he reunited with his parents.

On Philip’s birthday, Mike took a chocolate cake around to his parents’ house.

After warmly greeting his mum and dad, he sat down with Sally to explain how Philip had been coping with the disease.It was then he praised Zara for her “brilliant” support.

How is Philip after lockdown?
Mike explained that his dad had been suffering from the neurological disorder for almost 20 years.

He told Sally that when his dad was first diagnosed, his rugby career was in full swing and it didn’t really dawn on him “what Parkinson’s was”.

However, around the time of his wedding to Zara – daughter of Princess Anne – in 2011, the effects of the condition were starting to take hold, Mike said.

And as the family chatted, it was clear Philip had got worse during lockdown.

What did Mike say about Zara?
Mike then paid tribute to wife Zara, who he says has been keeping him on his toes.

“She’s been brilliant,” he said.

“She sort of gets it and she sort of keeps me on my toes as well a little bit with it.

“And where we are in terms of finding out more about new drugs that are coming through and new trials and everything else.

“Yeah, she’s good at making sure I stay on my toes about what I’m trying to do as well.”