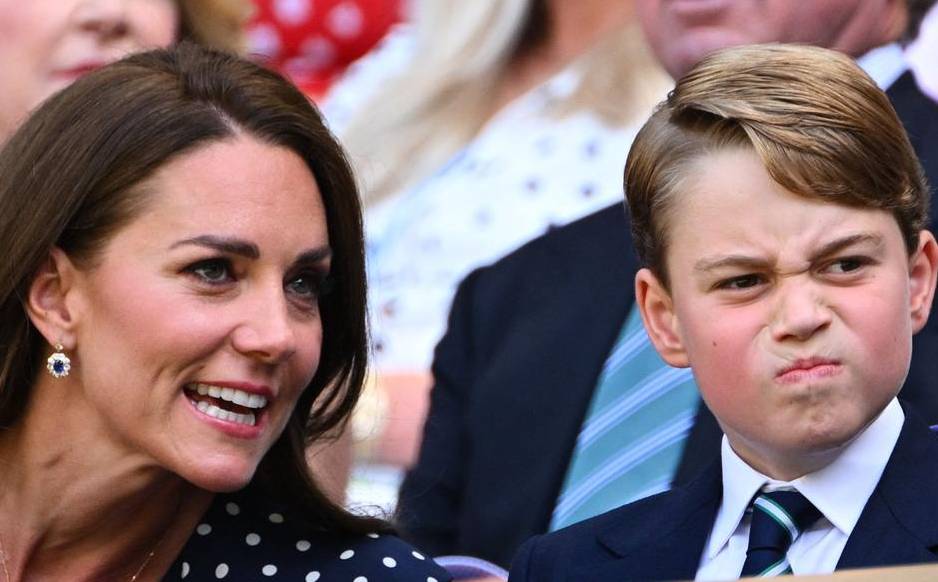 Prince George delighted onlookers when he made his first Wimbledon appearance with parents Kate Middleton and Prince William.

He appeared to be a nice little gentleman as he watched the event from the Royal Box wearing a navy blue suit, but it was a moment captured behind the scenes that fans fell in love with.

Video of Kate and her son’s entrance at the tennis tournament caught the duchess introducing George to influential people while she was in full mother mode.

The mother-son team looked charming in their coordinated navy outfits as Kate walked her son through shaking hands and chit-chatting with various officials.

The eight-year-old royal did a fantastic job, standing tall with his hands at his sides between each introduction and like his father in many ways.

But while he watched the games with his parents, he let his childlike pleasure come through, cheering and grinning as he pointed out important moments.

After defeating Australian Nick Kyrgios in the men’s singles final, he had the opportunity to meet one of the tournament’s top stars, Novak Djokovic, and he was like a kid in a candy store.

George gave the tennis champion a cheeky thumbs up and even got to handle the trophy, telling Djokovic, “It’s a bit heavy.”

William, George’s father, stepped in when George dodged the question of who he was rooting for from reporters, saying that George had been hoping for Djokovic to win. “Djokovic,” he whispered to his son, before cheekliy adding: “We’ll see how long it lasts. He’ll support the winner.”

The young prince, who has been playing a more active roles in the royal family, has made a number of public appearances recently. This is just the most recent.

Charlotte, his younger sister, has frequently attended events with their parents and brother but was notably absent on Sunday.

When reporters enquired as to where the seven-year-old was hiding, Kate responded, “It’s George’s treat today,” in response.

On July 22, the child will be nine, indicating that his first-ever visit to Wimbledon may have been a special birthday treat.

10 Things You Need to Know About the Lovely Lily James