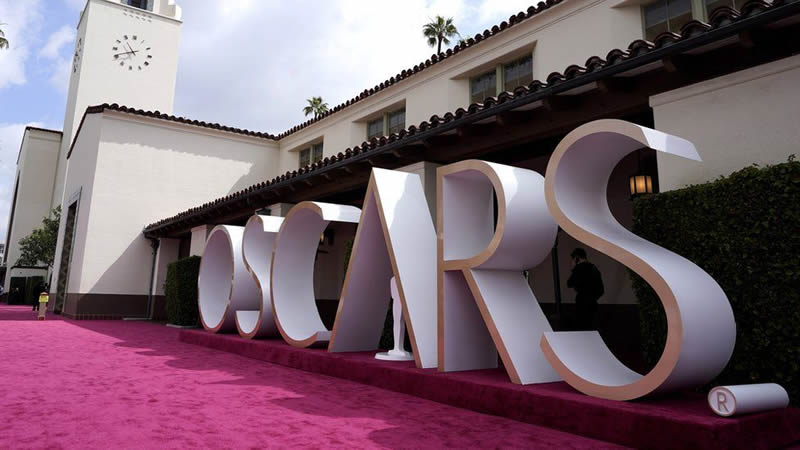 Most awards ceremonies have gone without a red carpet in the last year, for the quite understandable reason that there would be no guests to walk down it.

But then came Sunday’s Oscars – the pinnacle of awards season; the biggest night in the entertainment calendar – where nominees were encouraged to turn up in person if they could, rather than dial in virtually.

The resulting red carpet gave us elegance, flamboyance, and an explosion of colour. Here are 13 of the biggest and best looks from the 93rd Academy Awards.

Regina King is no stranger to the Oscars, having won best supporting actress two years ago for her performance in If Beale Street Could Talk.

This year, she returned to the Academy Awards not as an actress, but as the director of One Night In Miami, which had three nominations.

The film may have gone home empty-handed, but in the absence of a host, King was chosen to open the ceremony. She welcomed viewers and went on to present the first two categories for best original and adapted screenplay.

Sound of Metal star Paul Raci was in high spirits as he hit the red carpet with his wife Liz Hanley Raci, who also doubles up as the 73-year-old actor’s agent.

“My wife has been my agent for 20 years now and she’s been in there fighting for me,” the supporting actor nominee told People magazine. “My wife Liz, she’ll be there with me and she’s my heart.”

Raised as the hearing son of two deaf parents, Raci is fluent in sign language and he both spoke and signed his answers as he spoke to reporters on the red carpet.

British director Emerald Fennell famously shot Promising Young Woman while she was seven months pregnant. The movie, which scored five Oscar nominations, was filmed over just 23 days back in 2019.

Two years on, Fennell found herself walking the red carpet at Sunday’s Academy Awards – this time pregnant with her second child.

Fennell looked beautiful in a voluminous floral Gucci gown, which was pink in places, but mostly green (perhaps a reference to her own first name).

The basketball player and his daughter Gianna were two of the nine people who died in a tragic helicopter crash last January. Gianna Bryant, who was aged just 13, was a prodigiously talented basketball player like her father.

Roe and Free sported bejewelled Dolce & Gabbana pins with the numbers 24 and 2 – which were the jersey numbers for Bryant and his daughter.

Shortly after Bryant’s death, the Los Angeles Lakers retired the number 24 as a mark of respect to the star, who won an Oscar himself in 2018 for Dear Basketball, an animated short film he wrote and narrated.

The star of Borat Subsequent Moviefilm has sussed out the easiest way to abide by the two-metre rule: wear a six-metre-wide dress.

In fact, the Louis Vuitton gown she wore featured 100 metres of of tulle – a lightweight netted material – paired with a deep V neckline adorned with diamonds.

The best supporting actress nominee looked amazing as she walked the red carpet, and frankly we’re just glad she finally had the chance to show off a more glamorous side.

Her role in Borat was the opposite – it involved everything from interviewing Rudy Giuliani in a hotel room to taking part in numerous gross-out scenes alongside Sacha Baron Cohen. If anyone earned a red carpet appearance this year, it’s Maria.

We’re not sure if the pair were trying to improve their Oscars chances by dressing like one of the statuettes, or if this was one of those awkward moments where you accidentally wear the same outfit as your colleague to the office, but we applaud them either way.

Best actress was the hardest race to call this year – but the prize ultimately went to Frances McDormand for Nomadland.

The nine-year-old isn’t just one of the breakout stars of Minari, we’re going to go ahead and say he’s breakout star of the entire Academy Awards.

Kim provided one of the early viral moments of the night, when he was filmed dancing on the red carpet.

He sported a stylish Thom Browne suit featuring shorts (it’s quite hot in LA at this time of year) and striped socks, effortlessly showing some of his acting elders how it’s done.

And it’s nice to see he hasn’t quite reached that age where he’s too embarrassed to be photographed with his Mum.

The British singer was nominated in the best original song category for Hear My Voice, from The Trial of the Chicago 7.

Celeste walked the red carpet holding an anatomical red heart purse, supplied by Gucci (rather than a real human).

However, she lost out on the award to H.E.R.’s Fight For You, from Judas and the Black Messiah.

Two of the major British acting nominees – Daniel Kaluuya and Riz Ahmed – played it fairly straight with their outfits – going for razor-sharp black and navy tuxedos.

Two years ago, Glenn Close and Olivia Colman faced each other in the best actress category, with Colman ultimately winning for The Favourite. This year, they were up against each other again, for best supporting actress.

But while they might be nominated in the same category, they weren’t actually on the same continent.

Also on the red carpet were the stars and producers of Crip Camp, nominated for best documentary feature.

Along with Sound of Metal and Falling Through, Crip Camp was one of several nominees this year praised for their representation of disability.

After they tweeted a picture from the Los Angeles red carpet, one user replied: “As a disabled teenager, this is the coolest thing I’ve ever seen.”

And or the first time ever, this year’s Oscars stage had a ramp, to make sure wheelchair users had no problem going up for their acceptance speech.

Best director winner Chloé Zhao was truly the queen of this year’s Academy Awards, but that didn’t mean she was planning on hogging the spotlight. Instead, she walked the red carpet with Swankie, one of the stars of her film, Nomadland.

Like many of the people who appear in the movie, Charlene Swankie was a non-professional actor when she was hired to appear in the film, which has been praised for its depiction of the nomadic lifestyle.

As one of last year’s winners, Laura Dern returned this year to present the best supporting actor category.