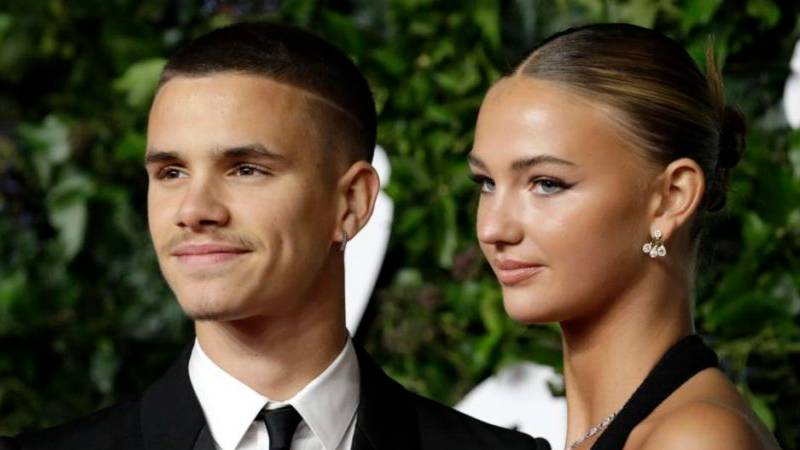 The 19-year-old, who is following in his father’s footsteps in the world of football, had been dating model Mia for three years, but it appears that their relationship was doomed from the start.

Mia works mostly out of London, while Romeo spends much of his time in the US for his football career. It appears that the strains of a committed relationship proved to be too much for them.

In essence, their young age made the long-distance relationship difficult. Both Romeo and Mia are charming young individuals who adore one another. Mia is also well-liked by her family.

‘She’s continuing to collaborate with Victoria Beckham through her work but sadly Romeo and Mia aren’t together anymore,’ a pal told The Daily Mail.

Romeo and Mia are still cordial, they said, and she even supported him when he recently scored a goal. They also said that the split was amicable.

Fans are shocked by the revelation because the couple, who recently celebrated their third wedding anniversary, appeared more content than ever in photos. displaying their complementary heart tattoos.

She wrote, ‘I love you 5evea… three years around the sun with uuuuuuu.’

Romeo, though, appeared to confirm their breakup two months later by removing any references to his ex from his social media page.

Victoria and Mia are rumoured to be close, and it appears that their chemistry hasn’t changed despite the supposed divorce.

However, Nicola, Brooklyn’s wife, may have a completely different experience. She and Mia are thought to have fought to the point where Victoria had to intervene and mediate.

Although their conflict was never made public, there were rumours that Mia had angered Nicola by disobeying her orders not to post pictures from their wedding on social media.

As per The Independent, Victoria is said to have tried to mend fences with a girl’s lunch but it failed miserably.

A source told Heat in May that: ‘Vic is annoyed that Nicola hasn’t made more of an effort with Mia. Of course, she knows it isn’t easy getting women to like each other – there was plenty of catfighting in her Spice Girl days – but she survived and it’s irritating that Nicola and Mia can’t try a little bit harder to get on.’