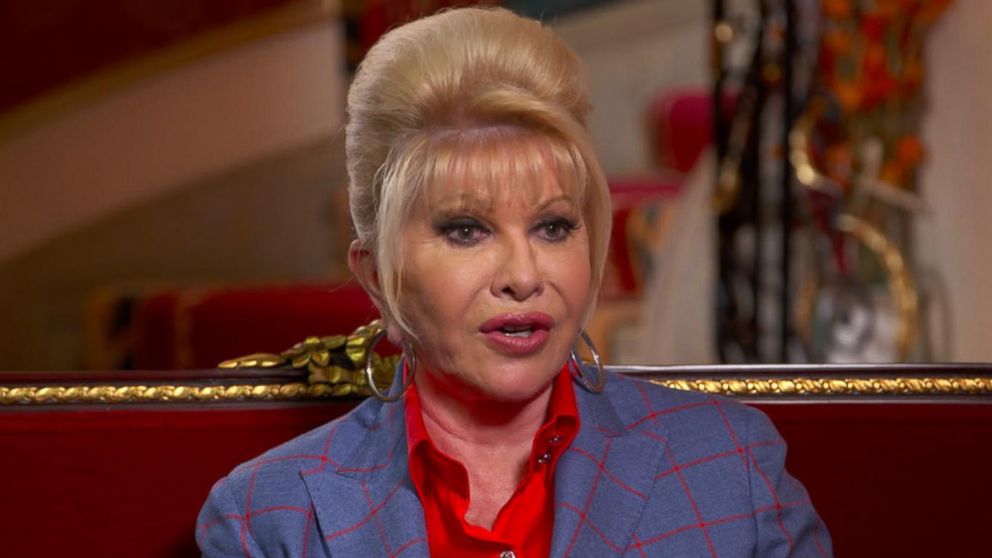 The fabulous life of Ivana Trump: Donald Trump’s ex-wife hangs with Beyoncé and Mike Tyson, took three more husbands and boasts a net worth of US$100 million – how did she do it?

Czech-American model Ivana Zelníčková married Donald Trump in 1977, birthing three children with him – Donald Jr., Ivanka and Eric – before their divorce was finalised in 1992. At the time, The New York Times reported that the settlement saw Ivana receive the sum of US$14 million – plus their Connecticut mansion, a Trump Tower apartment and use of Mar-a-Lago for one month a year – after Donald reportedly cheated on her with his soon-to-be second wife Marla Maples. But the scandal ended up doing wonders for Ivana’s public image and she became an icon in her own right.

She’s the poster woman for how to do divorce right

After her high-profile split, Ivana appeared in the 1996 movie The First Wives Club with Bette Midler, Diane Keaton and Goldie Hawn, telling the women, “Ladies you have to be strong and independent. And remember: don’t get mad, get everything.” It’s a message Ivana has continued to share in her books including The Best is Yet to Come.

Ivana certainly capitalised on the divorce. She and Trump appeared in a Pizza Hut advert in 1995 where he joked about a slice (in a nod to their divorce settlement) that she’s only “entitled to half”. The commercial helped the brand increase profits by US$300 million that year.

She rakes in a fortune with her own empire

Ivana helped Donald run The Trump Organization in the 80s, but after their split she became an entrepreneur in her own right. Following the launch of lifestyle brands that perhaps inspired her daughter Ivanka to get into the fashion and accessories business – plus buying a stake in Croatian newspaper Slobodna Dalmacija in 2011, per The Independent – she is now reportedly worth US$100 million.

She only dates younger men

After her eldest son Donald Trump Jr. divorced from Vanessa Trump, Ivana commented that the mother-of-five may have some difficulty finding a new man. However it hasn’t stopped the mother-of-three from finding love time and time again.

She admits she prefers younger men and particularly “bad boy” Italians. Her fourth husband was Rossano Rubicondi, 23 years her junior. It’s a stark difference from Trump, her first husband Alfred Winklmayr and third spouse Riccardo Mazzucchelli – all a few years her senior.

She splits her time between several cities and grand properties

When she’s not out and about in New York City’s Upper East Side, you might catch Ivana across the pond in London or Saint-Tropez, where she also properties. In an interview with lifestyle site, Helen Cummins, she said she spends about four months of the year in the Côte d’Azur where she socialises with the likes of Elton John, Joan Collins, Mike Tyson, Sean Combs and Beyoncé. Until 2014, Ivana had a mansion in Palm Beach, Florida but sold it for US$16.6 million as she spent more time at her apartment in Miami.

She won’t go anywhere without her Tiger

Despite her celebrity pals, Ivana has one friend that rises above them all – her teacup Yorkshire terrier named Tiger. The tiny dog got her in a spot of trouble in the Big Apple in 2014 when she refused to dine without the furry friend.

According to the New York Post, she claimed that the animal was a service dog in a bid to get exemption from the no pets rule. While others may not get away with the such diva behaviour, the NYC icon refuses to part ways with her pup, even at the poshest of venues.