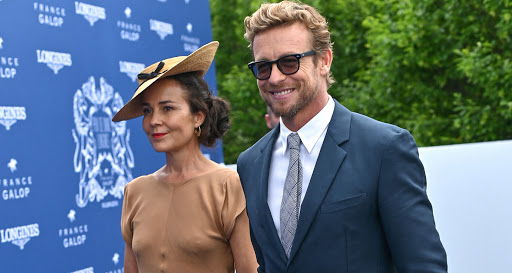 Actor Simon Baker and his wife, actress Rebecca Rigg, have separated after almost 30 years of marriage. The two broke up last year but did not comment on the situation until last week. Baker, who is best known for his role as Patrick Jane on CBS’ long-running procedural The Mentalist, and Rigg married in 1998. They are parents to three children, Stella, 27, Claude, 22, and Harry, 19.

“We remain close friends and our three children will always be the most important focus of our lives,” the couple said in a joint statement to PEOPLE Friday. According to the magazine, they split in April 2020.

The two met in the early 1990s and worked together on the Australian soap opera E Street. The couple moved to Hollywood in the late 1990s and went on to appear in several Hollywood films. Rigg, 53, had a small part in Jerry Maguire, released the year before Baker, 51, scored his Hollywood breakthrough with L.A. Confidential.

Baker and Rigg reportedly lived together for five years before their marriage. In 2018, Baker said they have “never really been big” on celebrating anniversaries. “I think we put too much pressure on it. It’s not like that with us. We’re a team,” he told PEOPLE at the time. “Most of the time, 99 percent of the time, we’re really great friends.

Although Baker has starred in several major movies during his career, including The Devil Wears Prada and Ride With the Devil, he is best known for his television work. In 2001, he was cast in CBS’ The Guardian, playing an attorney ordered to do community service after he is convicted on a drug charge. The show ran until 2004. Four years later, he was cast as psychic Patrick Jane in The Mentalist, which ran seven seasons, until 2015.

After The Mentalist ended, Jane told Body and Soul he was looking forward to spending more time with his family. “It will feel so good to be able to spend more time at home,” he said in 2016. “More than anything I want to dedicate my time to my family.” He went on to call his children his “pride and joy,” and said marrying Rigg was the “best decision I ever made.”

How to Get the Perfect Red Lip