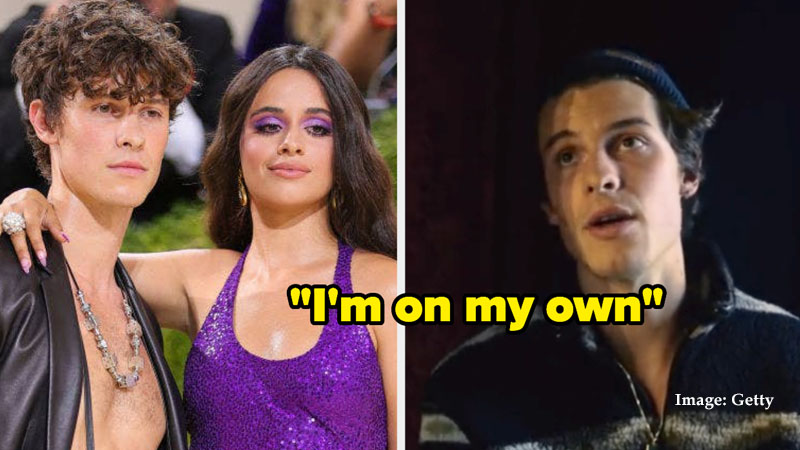 A few weeks after Camila Cabello reflected on their breakup, Shawn Mendes is sharing his perspective on adjusting to single life. The singers met back in 2014 but were first linked romantically when they were spotted kissing in 2019. They announced their split in a joint statement in November 2021, though Mendes reportedly initiated the breakup.

“Hey guys, we’ve decided to end our romantic relationship, but our love for one another as humans is stronger than ever,” they said at the time, per E! News. “We started our relationship as best friends and will continue to be best friends. We so appreciate your support from the beginning and moving forward.”

Now, Shawn Mendes admits that moving on from a relationship is not an easy transition. On March 19, the “Stitches” singer discussed a lyric to a new song while sitting behind his piano. “A lot of the things that also is resonating in the lyric for me is like, ‘oh, fuck,’ you know, you don’t realize when you’re breaking up with someone…you think it’s the right thing to do, you don’t realize all this shit that comes after it,” Mendes said in the video, which he posted to Instagram.

Earlier this month, Camila Cabello shared her own feelings on the breakup after releasing a new song “Bam Bam” which heavily references Mendes in the lyrics.

“My priorities have fluctuated and my focus has changed throughout my life,” Cabello told Zane Lowe during an appearance on Apple Music 1’s New Music Daily on March 4. “Those years that we were dating, I don’t even feel like, even while I was writing this album, and even still now, I guess, my focus is really on, How can I be a well-rounded person? And apart from my career, my focus wasn’t even on my career.”

She added, “And the same thing with those years that we were together. My focus was just, How can I live a happy life and be in a healthy, happy relationship? I was doing therapy a lot. My focus really has shifted. And even now while I’m in promo mode, honestly, if I’m not having fun, what’s the fucking point? I think as I get older, yeah, the priorities shift. And I feel like that was that way for both of us. Because we both started so young too, we’re really learning how to be healthy adults. And that sometimes means not having your number one focus be your career. And that’s okay.”

As for how she’s feeling now? “I love Shawn,” she said, per E! News. “And I feel like there is literally nothing but love for him. And this song is mostly just about like, ‘Okay, how do I make a song that shows the cycles of love, and life, and gives people….’ Whatever it is that’s going on in your life…hopefully, this can make you be like, ‘It is that way now, but things are always taking crazy turns.’”

Kylie Jenner Clears Her Second Child With Travis Scott Isn’t Named ‘Wolf’: “We Just Didn’t Really Feel Like It Was Him”