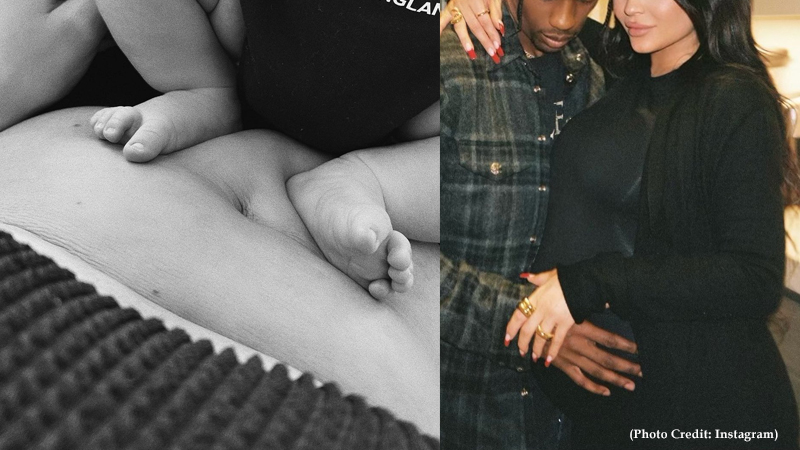 Kylie Jenner and Travis Scott’s son are no longer named Wolf Webster. The couple took to their social media to share the news of the birth of their son on 2nd February. It is their second child together. The pair also share a daughter, Stormi Webster. Unlike her first pregnancy, this time the KUWTK star was more open about her pregnancy.

Although Kylie really tried to hide it initially, some eagle-eyed fans found out her big secret after tiny details like her manicure. A fan took to TikTok to argue about this, and soon it turned out to be true. Now, their son is born and is already a month old. Though the couple decided to name him Wolf, they have now decided to change it.

Taking to her Instagram Stories, Kylie Jenner shared, “FYI our son’s name isn’t Wolf anymore.” The KUWTK star continued, “We just really didn’t feel like it was him. Just wanted to share because I keep seeing Wolf everywhere.” However, neither Jenner nor Travis Scott revealed the new name of their son.

While announcing this, Kylie Jenner also shared a super-cute and emotional video dedicated to her Travis Scott’s new kid. Titled ‘To Our Son,’ the video captured the journey from the time she got pregnant to the time she delivered their son. She did a similar thing when she gave birth to her first child, Stormi.

The video also revealed the reaction of the Sicko Mode rapper, Kris Jenner, and Stormi upon hearing the news. It also featured the luxe baby shower, a glimpse of the nursery, and sweet messages from the Kardashian-Jenner clan