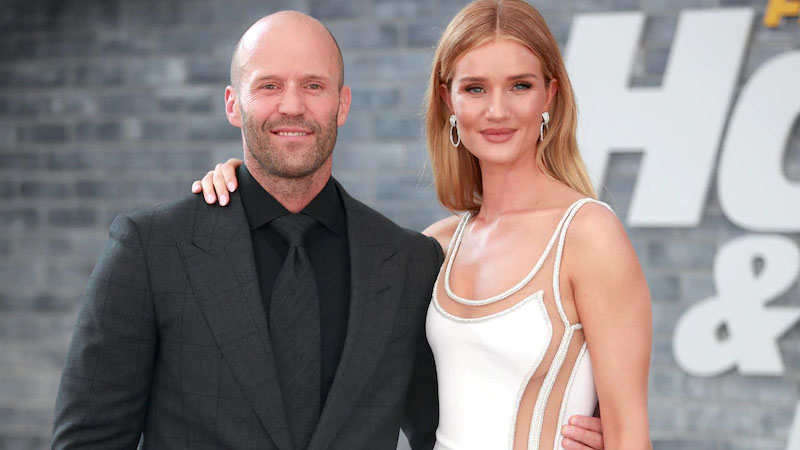 Congratulations are in order for Jason Statham and Rosie Huntington-Whiteley who are expecting their second child together! The English model and actress dropped the news through an Instagram post on Thursday featuring a series of her outfits through mirror selfies of her growing baby bump.

While at first seemingly just an outfit check, swiping through all the pictures revealed the actress in a full-length Gia Borghini dress cradling her baby bump.

“Taaa daahhh!!” she captioned the picture, with a series of angel emojis and the phrase “#round2,” which clued fans in on what to look for amid the pictures.

Several of the couple’s friends, fans, and colleagues reacted with immense excitement to the news as they quickly filled the comments section with their congratulations.

Lily Aldridge, Elle Macpherson, Elle Fanning, Stacey Dooley, Phoebe Tonkin, Daisy Lowe, and Hayden Williams were among the many who sent their love to the family.

The engaged Hollywood couple already shares one child together, the four-year-old son named Jack Oscar. Rosie and Jason have been together for over a decade now, having been in a relationship with each other since 2010.

She announced the two were engaged when she showed off her ring at the 2016 Golden Globes and since then, the two have been inseparable.

Selena Gomez is the Cover Star of ELLE Magazine