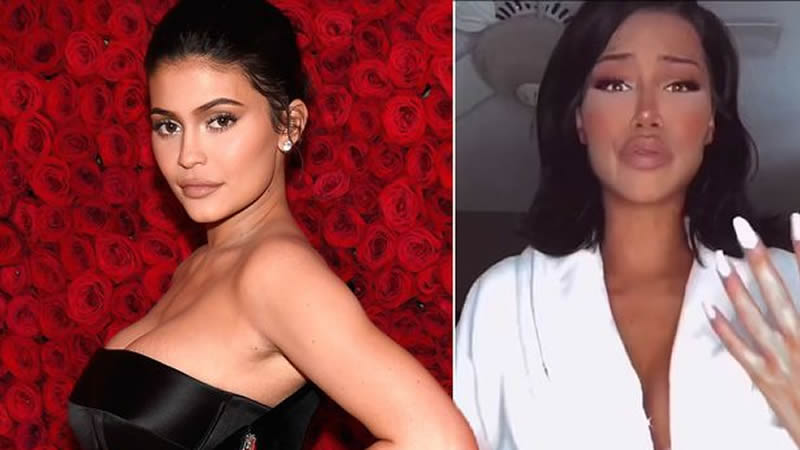 Kylie Jenner is shutting down an allegation that she bullied one of Tyga’s co-stars six years ago.

A week ago, model Victoria Vanna posted a TikTok video accusing Kylie and her friends—Stassie Karanikolaou and Jordyn Woods—of making fun of her dancing skills on the set of Tyga’s “Ice Cream Man” music video, which dropped in October 2015.

The Shade Room shared the video on Instagram on Thursday, May 27, and Kylie was swift to address the claim. The cosmetics mogul set the record straight by commenting, “.. this never happened.”

Victoria’s original video was captioned, “being a model isn’t always as fun as it seems especially around celebs.” She wrote on screen, “The time i did togas music video & Kylie Jenner was on set bullying me w her friends.”

in the clip, she described how Kylie, who dated Tyga until 2017, was on set while the rapper was shooting the music video.

“As soon as I walked out, she was looking me up and down whispering and pointing and making fun of, like, how I was dancing,” Victoria recalled. “They were all just making fun of me, clearly.”

“I’m literally full-on crying,” she continued, explaining that she went outside for fresh air. In another TikTok video on Wednesday, May 26, she claimed that Kylie, Stassie, Jordyn and another pal then went into the parking lot and got inside of a white Rolls Royce.

“They were all in there, eating McDonald’s, and then I was like walking by and I could just hear them… They’re literally still talking about me,” she alleged. “I felt my face get hot, because I was like excited to meet her, and I just felt bullied for no reason. And I really was so excited that she was even there.”

She said she decided to share the accusation now, years later, “because I really don’t give a s–t,” calling it “just a funny experience.”

It seems the Instagram influencer has no ill will toward the Keeping Up With the Kardashian star, who was 18 years old when the video was released. She reflected, “In no way am I mad or saying this is who she still is, but this is just what happened to me. Just don’t bully people.”

In July 2017, Tyga spoke out about his split with Kylie. “I have love for her, but I’m not in love no more,” the musician said on Power 105.1 The Breakfast Club. “When you’re with anybody that first year, it’s magic and then after that you start realizing a bunch of s–t. I think the main thing was a lot of people—a lot of outside influences.”

Friends: The Reunion review – ‘A funny, charming, unexpectedly touching dive into a warm bath of nostalgia