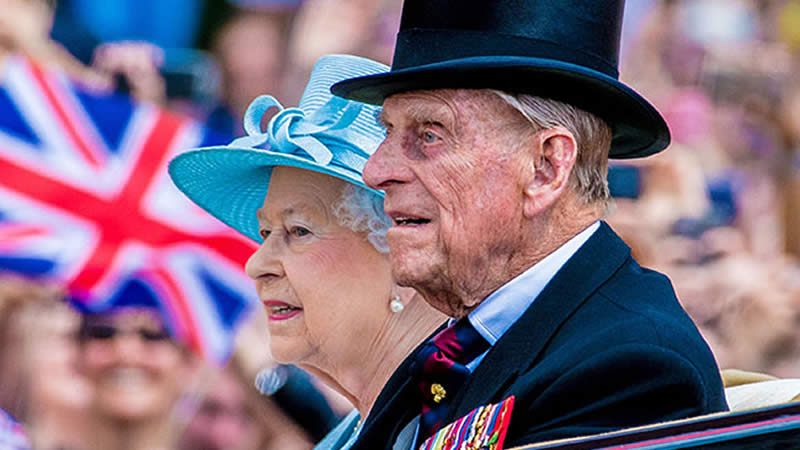 While the news of Prince Philip’s death came as a shock to many, an insider has claimed that the Queen was “prepared for his passing”.

The Duke of Edinburgh died in April at the ripe old age of 99. It’s reported that the monarch was by her husband’s side as he slipped away.

In a statement she said that he had “passed away peacefully” – and the nation mourned with her as she sat alone at his funeral later that same month.

The monarch was ‘prepared’ for Philip’s death
Just three months after her husband died, the Queen has been seen smiling broadly at a number of events – both virtual and in the flesh, such as her G7 trip to Cornwall.

And now insiders have claimed that the reason behind her smile is that the Queen and Philip often discussed how each would cope without the other by their side.

It was apparently decided that whoever was left should mourn, but not for too long.

They should then enjoy what’s left of their life.

And it seemed as if the monarch was going just that as she attended the final day of Royal Ascot last month.

The Queen attends the final day of Royal Ascot
In fact, one racing friend has told the Daily Mail that it’s her love of horse racing that “perked her up no end” after Philip’s death.

The racing friend said: “It has all helped to perk her up no end.

“She misses Prince Philip dreadfully but she was prepared for his passing.

“Caring deeply for someone whose health is in decline is always exhausting. I am sure it was no different for Her Majesty.”

How long was the Queen married for?
The Queen and Prince Philip married in November 1947.They were married for 73 years at the time of his death.