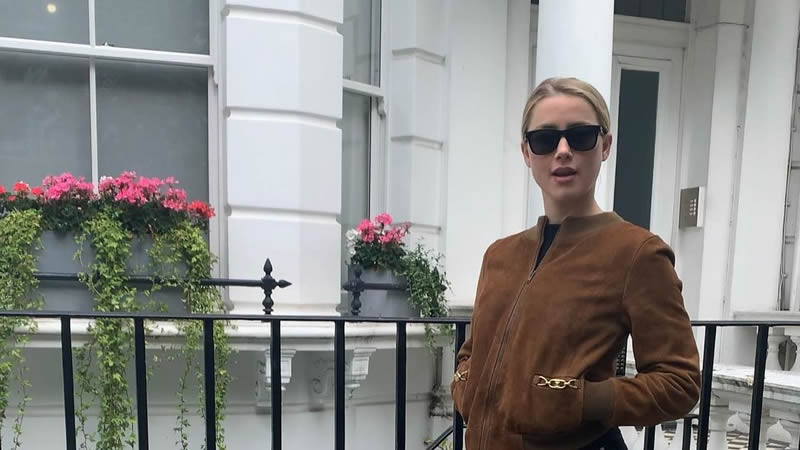 In the video, the “Aquaman” star sipped juice from a glass, while the little one looked at it adorably. Heard then placed Oonagh on the kitchen table, which was surrounded by fruits and vegetables.

The actress donned a white tank top while the baby wore a cute cream-colored onesie bodysuit with rainbow print on it.

“You can take the gal out of LA, but you can’t take LA out of the gal #notajuicer,” Heard wrote in the caption.

Last week, the actress revealed on Instagram she welcomed a baby girl on April 8, 2021. She posted a photo of herself lying on a bed, while the baby rested on her.

The actress revealed she decided to have a baby four years ago. “I wanted to do it on my own terms,” she explained.

“I now appreciate how radical it is for us as women to think about one of the most fundamental parts of our destinies in this way. I hope we arrive at a point in which it’s normalized to not want a ring in order to have a crib.”

“A part of me wants to uphold that my private life is none of anyone’s business,” she added. “I also get that the nature of my job compels me to take control of this. My daughter was born on April 8, 2021. Her name is Oonagh Paige Heard. She’s the beginning of the rest of my life.”

While Heard didn’t share many details regarding the baby’s arrival, a source told Page Six that the actress welcomed the baby via surrogacy.