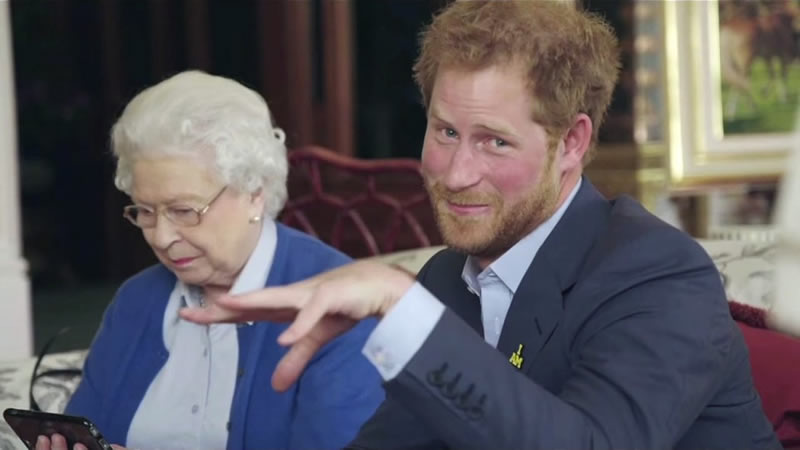 British royal family news spills that Queen Elizabeth may have finally had it up to her tiara with the bizarre and defamatory antics of her grandson Prince Harry, Duchess of Sussex. He and his wife should open a pastry shop they’re on such a roll—bad-mouthing the royals like they’re a soiled pair of mismatched socks.

But Prince Harry may have finally crossed the line when he bragged last week that his newborn daughter was named after the queen, then followed up that claim with a threat of legal action against the BBC for reporting on his boast.

Royal Family News – Prince Harry Is Irking His Family?
After months of being trash-talked by Harry and wife Meghan, The Mail on Sunday is reporting that the palace, “will no longer remain silent when the Duke and Duchess of Sussex allow ‘mistruths’ about the Royal Family to circulate in the public domain.”

It is a drastic 180 from the royal mantra, ‘never complain, never explain,’ but many believe that Harry and Meghan have acted liked spoiled brats who need to learn boundaries.

According to the outlet, “Her Majesty has instructed courtiers to correct any statements which misrepresent her private conversations or those of other senior Royals.”

Royal Family News – The Queen Is Fed Up?
If true, this mandate reveals how fed up the queen must be at Harry and Meghan’s incessant rants and tirades against the royal family.

Harry’s latest strange outburst began after a member of the Harry and Meghan squad, “reported that the couple had ‘asked permission to name their daughter Lilibet, a deeply personal childhood nickname of the Queen that was used by very close relatives, including her late husband Prince Philip.”

The palace shot back that, “the conversation between Harry and his grandmother,” was him telling her, not asking her, about the name.

“Harry and Meghan reacted furiously, instructing their lawyers to contest the BBC story, which they described as ‘false and defamatory.’” This is exactly what millions of royal watchers have called their crude, rude behavior against the royals.

Royal Family News – Prince Harry Is Pushing The Limits?
Sources say that if Harry keeps pushing the limits, the Queen will not limit her corrections to the name game story.

“This is about whether or not what is being reported is an accurate version of what actually happened,” said the insider.

The lastest ish storm erupted after The New York Post said unnamed sources told them that, “Harry called the Queen for permission to name his daughter Lilibet.”

In response, a palace source, “did not dispute claims by a BBC reporter that no such permission had been sought. The impact was immediate and incendiary. The BBC story effectively ‘killed’ the New York Post’s account and led, within hours, to the letter from Harry and Meghan’s lawyers.”

The palace insider is insistent however that, “Friends of the Sussexes appear to have given misleading briefings to journalists about what the Queen had said and that took the whole thing over the edge. The Palace couldn’t deny the story that this was a mistruth.”

The ball is now in your legal and very unregal court, Harry.